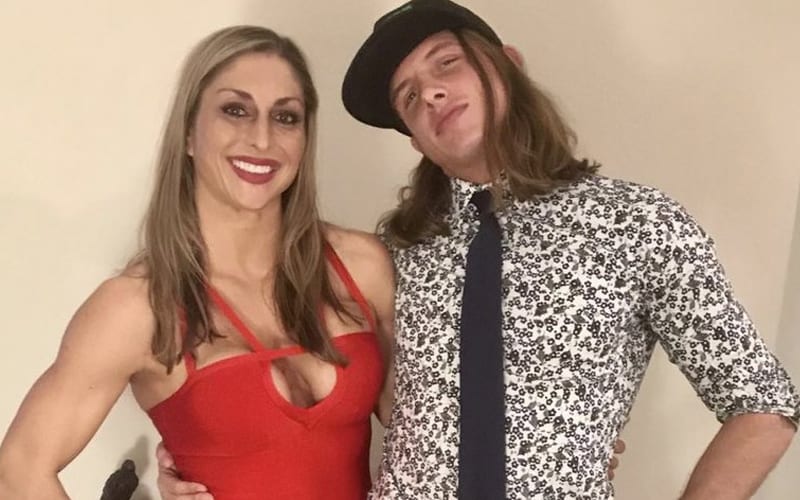 Matt Riddle seems to have some heat with Seth Rollins. We’re not sure exactly where this stems from, but there could be multiple places.

We previously covered that a witness account said that Matt Riddle trash talked WWE Superstars including Seth Rollins all weekend around Survivor Series 2019. There could have been another source of animosity for Rollins.

Matt Riddle’s wife Lisa wrote an Instagram post where she called out female WWE Superstars for looking “straight skinny jiggly fat.” She used a photo of Becky Lynch from behind to illustrate her point as well. Riddle’s wife deleted the post, but it was screen captured and made the rounds online.

“calling out multiple Main Roster Divas over the past couple of weeks for being straight skinny jiggly fat (not saying they aren’t beautiful, just saying SQUAT). It’s funny because there have been multiple female wrestlers that have asked to train with me. Each one of them look great in their gear. Clearly they know what they are doing (especially if they want to train with yours truly ). ALL females freaking SQUAT and go HARD! I do not have many photos of my rear end in minimal clothing besides these two. Here is a comparison of me, not caring what I look like, just trying to be strong a decent Olympic Lifter, and a mom of 3 vs two females getting paid a TON of money for how they look. Rant over”

Seth Rollins made headlines when he said that he’s not interested in wrestling Matt Riddle ever. We had no idea about heat between the two until then. It didn’t take long for more proof to come out that points toward these two really not liking each other very much.