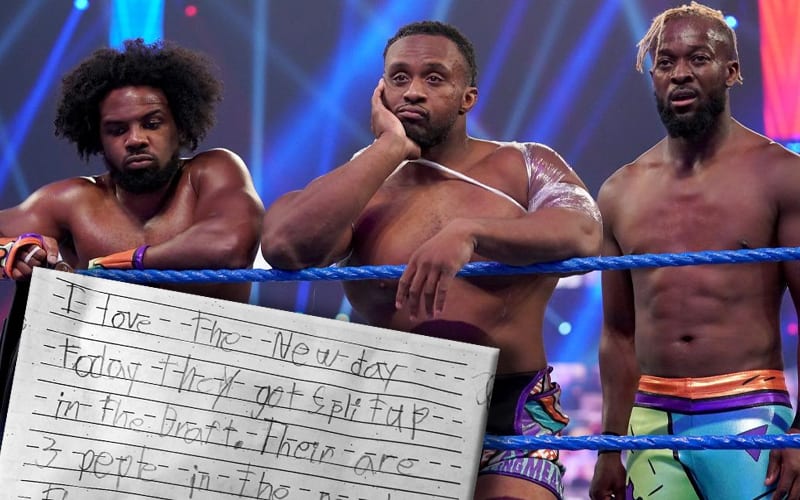 The New Day were split up this week on Friday Night SmackDown. That was a very controversial move in the 2020 Draft, and it left fans heartbroken. One young fan even wrote about it.

A fan with the Twitter handle VoyagerSapien brought a lot of attention to his reply to Xavier Woods’ post about how wild 2020 has become. This fan said his seven-year-old son was so devastated that he went right to work on coping with the loss.

Dude. My seven year old kid was in tears. He was devastated. He immediately redid the draft with action figures and drafted The New Day intact 1st overall. Then went to his room. I found him crying and WRITING the attached. Spoiler: Last word on other side of the page is “faces”.

The New Day have split up, but their energy will likely remain. We’ll have to see if WWE sticks with their original idea to keep the gimmick going, but you can never say never about them reuniting down the line.