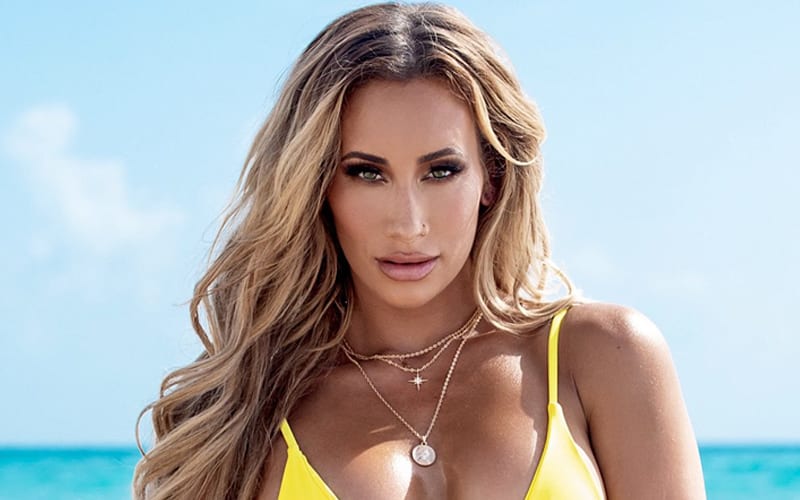 Carmella is about to get a lot more attention on WWE television. She is Untouchable, and she was recently revealed as the mystery SmackDown Superstar.

Ringside News exclusively reported after her first return vignette aired that the former SmackDown Women’s Champion was making a comeback to the blue brand. That turned out to be right on the money. Suddenly, she is back in the fold just before the WWE Draft.

The WWE Draft is set to start up on Friday Night SmackDown this week. Carmella said that it doesn’t matter which brand she winds up going to. She is going to bring this new attitude to television and she ‘s already fired back at a fan who said she is rehashing the abandoned Emmalina gimmick.

You can check out the photo below that she accompanied with yellow hearts to match the color of her bikini. We’ll have to see what Carmella does after sitting at home for months, but she’s off to a good start so far.