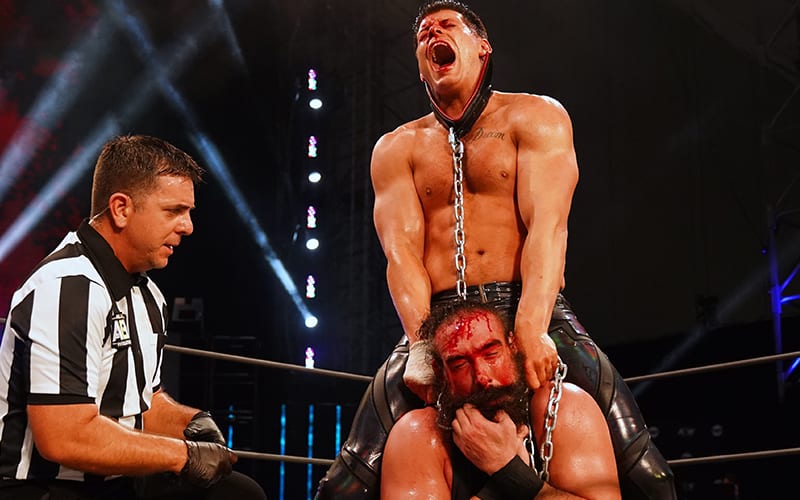 Cody Rhodes and Brodie Lee put on a match this week on AEW Dynamite that should live on in history. It was not only the first-ever dog collar match in AEW, but it set an incredibly high bar to follow. This match was a bloody ordeal, and referee Paul Turner has proof.

Cody Rhodes bled as he won the TNT Title back from Brodie Lee, but the Exalted One poured the most crimson by far. Dark Order member John Silver even bled during the early portion of his match making him the first to bleed during the contest.

Paul Turner officiated the blood bath and his referee shirt was covered in the plasma from those competitors. He posted a picture of his shirt after the night. If he doesn’t wash the shirt and has it framed instead, nobody would blame him at all.