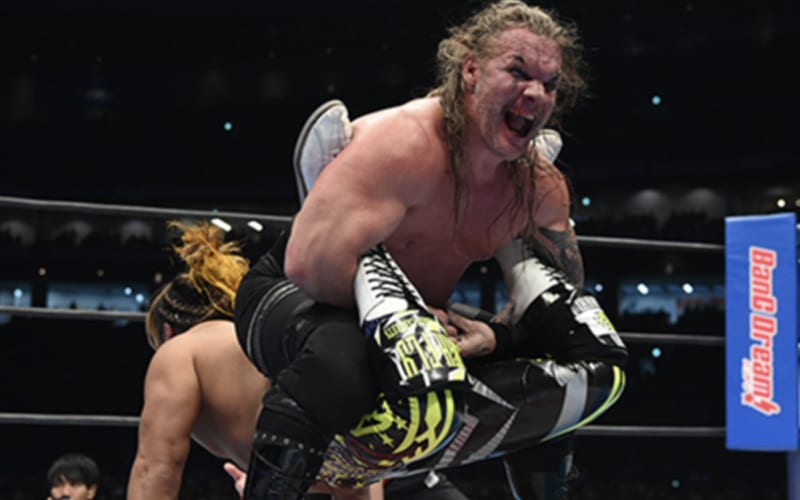 Chris Jericho defeated Hiroshi Tanahashi at Wrestle Kingdom 14. Jericho made ‘The Ace’ tap out to the Liontamer submission, but Tanahashi isn’t done with the Million Viewer Man.

Click here to find out how AEW was able to get footage of Tanahashi in the first place.

On the morning after Chris Jericho’s big 30th Anniversary Celebration, AEW uploaded the full tribute Tanahashi provided for Le Champion. He had a lot more to say, but it needed to be trimmed for time on Dynamite. The company thought fans needed to see what he said.

During his tribute, Tanahashi called for more ring time with Chris Jericho. This is a very interesting idea, but the real question is which company it could happen in. The “Forbidden Door” for NJPW talent is still closed, but Herold Meij’s exit might eventually crack it open.

Tanahashi said that he doesn’t just want to wrestle Jericho one more time, because he wants two more matches against him. That is a very exciting idea for a lot of fans. Let’s see if AEW and NJPW can work something out.