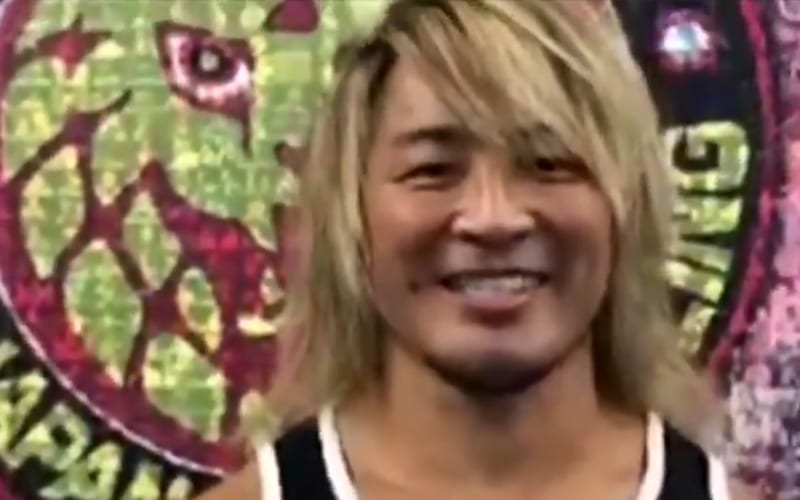 AEW celebrated 30 Years Of Chris Jericho this week on AEW Dynamite. They had some special surprises send in video messages including one man fans didn’t expect to see on AEW television at all.

During the show, AEW aired video messages from Slash and Dennis Miller. Then Hiroshi Tanahashi showed up. He cut a short video in English and congratulated Le Champion on 30 years in pro wrestling.

Jericho and Tanahashi battled at Wrestle Kingdom. They obviously have each other’s respect. This was just a video message, but Tanahashi showed up on AEW Dynamite and we’ll take it.