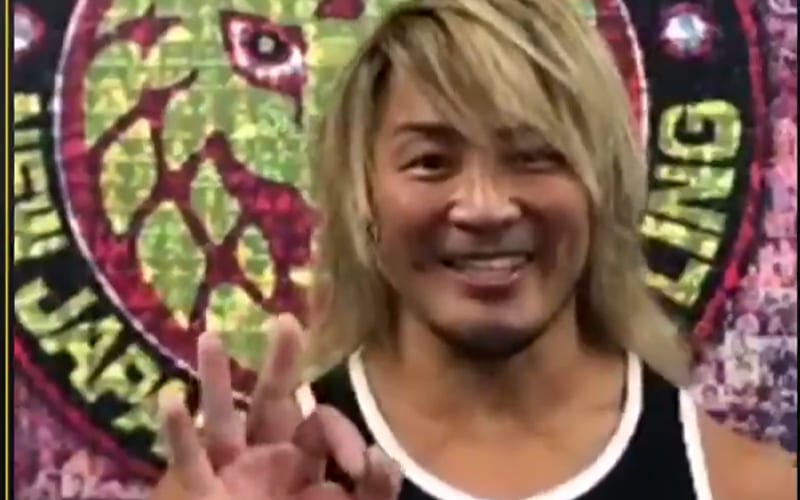 Chris Jericho celebrated 30 years in pro wrestling this week and fans had a big surprise when Hiroshi Tanahashi appeared in a video message during AEW Dynamite.

During Wrestling Observer Radio, Dave Meltzer discussed this situation. He said that NJPW’s President Herold Meij leaving NJPW had nothing to do with Tanahashi or other NJPW references showing up on Dynamite because that was already arranged. Jericho wanted big surprises and he certainly got a couple.

“The Tanahashi thing was something Jericho wanted because Jericho wanted people who would surprise people and pop people on the show and Ultimo Dragon and Tanahashi were two of those people and the Archer & Moxley match was always going to be based on the Tokyo Dome match they had this year in January.”

It was said that NJPW “loves Chris Jericho and they had no problem doing anything for Chris Jericho, so that was not an issue. Tanahashi and Jericho really hit it off when they did that match together.”

Jericho and Tanahashi apparently earned each other’s respect during their time together in NJPW. As of this writing, there are no plans for that Forbidden Door between NJPW and AEW to open, but Tanahashi showing up on AEW television in this way and the references to NJPW’s previous storylines can’t hurt the situation.