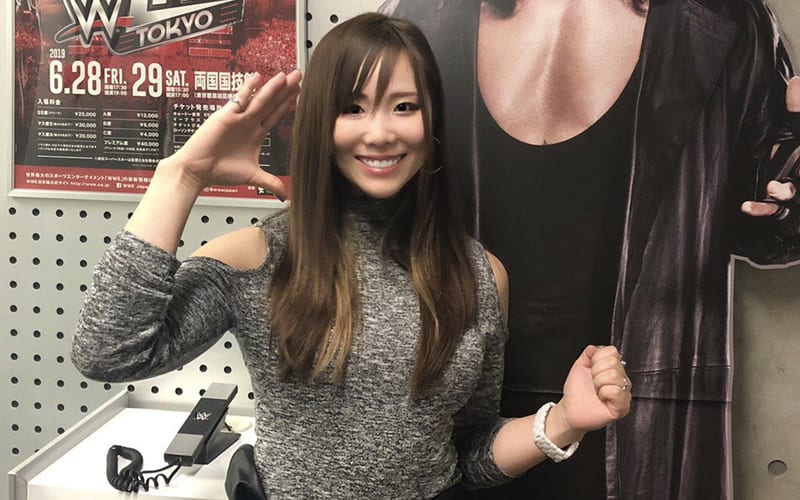 Kairi Sane left the WWE ring, and she went back to Japan. She is still with the company and the Pirate Princess made that quite clear.

Sane revealed her new position in the company as an ambassador and trainer. We’re not sure who she will be training in the future, but she seems happy. Sane and her husband are now back in Japan, but she still has WWE business to take care of.

WWE Japan recently put out a photo of Sane at their offices. She stood next to a cardboard cutout of The Undertaker while striking both her and his iconic poses. The caption translated from Japanese said: “Brought smiles, power and laughter to the WWE Japan office.”

We’ll have to see what’s next for Kairi Sane, but WWE was certainly able to keep her under their company umbrella.