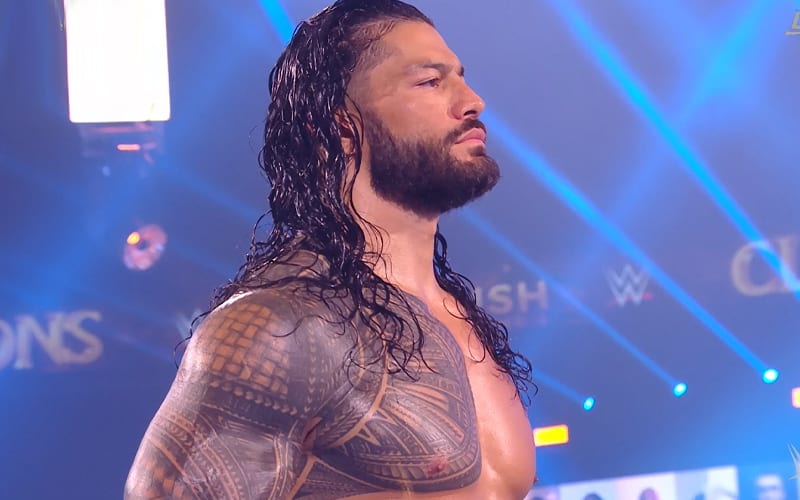 Ringside News ran an exclusive report recently about how Roman Reigns’ storyline is not concocted by WWE’s creative team. His direction is determined by a very select group of people instead.

During Wrestling Observer Radio, Dave Meltzer stated that WWE planned on Roman Reigns vs The Fiend at WrestleMania. This was in the works for about half a year before Vince McMahon changed everything up by inserting Goldberg into the mix. That plan for Reigns and Fiend might still happen, but they have switched babyface and heel roles at this point.

“They were obviously teasing Roman Reigns and The Fiend and that was a plan for WrestleMania so it was the plan for like six months, and they never got to it.”

Ringside News exclusively reported that Alexa Bliss gave Roman Reigns that stare for a reason. We didn’t say that WWE would jump right into a Wyatt vs Reigns feud, but this was a big program they planned for and never got to present. You also never know how the Draft can change things in a company where plans change all the time. It wouldn’t be a huge shock to see the Tribal Chief and The Fiend square off in a big match situation down the line, but we’re not certain how soon that will be.