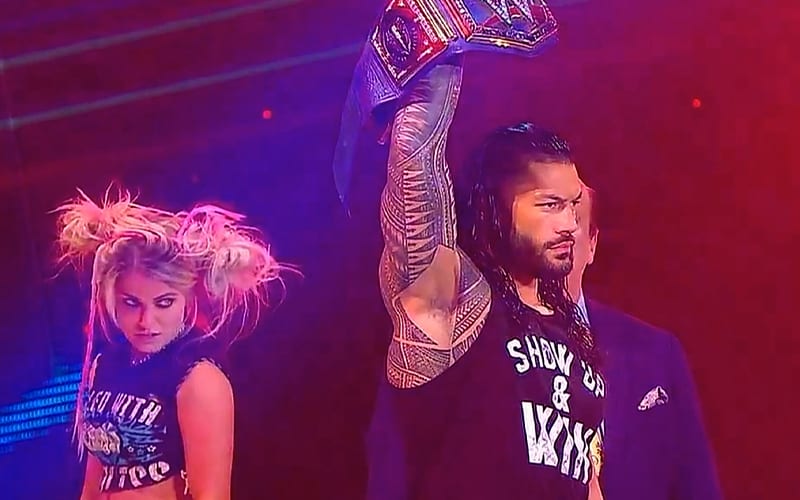 Alexa Bliss was possessed by Bray Wyatt once again this week. This resulted in an eerie segment that left a lot of fans wanting to see more of the Fiend’s version of Little Miss Bliss. As Bliss left, WWE made certain that she stared a hole through Roman Reigns. There was a reason for that.

Roman Reigns was brought back to WWE as a top heel for the SmackDown brand. They were already transitioning Bray Wyatt into a babyface role. Ringside News exclusively reported in July that the company was going that direction with The Fiend.

WWE still plans on placing Bray Wyatt in a top spot on SmackDown, and he’s not involved in any feud right now. He is in a position where it isn’t required for him to even appear on television to remain a part of the story. Bliss proved that last week as she was possessed by The Fiend and his laugh didn’t even appear.

Ringside News has learned that there was a definite intention behind Alexa Bliss glaring at Roman Reigns as she did. WWE “still has love” for Bray Wyatt. Bliss was under The Fiend’s spell, and Wyatt’s alter-ego wants the Universal Title that Reigns has around his shoulder.

Clash of Champions has been largely built around Roman Reigns and Jey Uso’s storyline on the SmackDown side of things. This left little room to progress anything else. Reigns vs Wyatt was a proposed WrestleMania match as well before Vince McMahon decided to bring Goldberg into the mix.