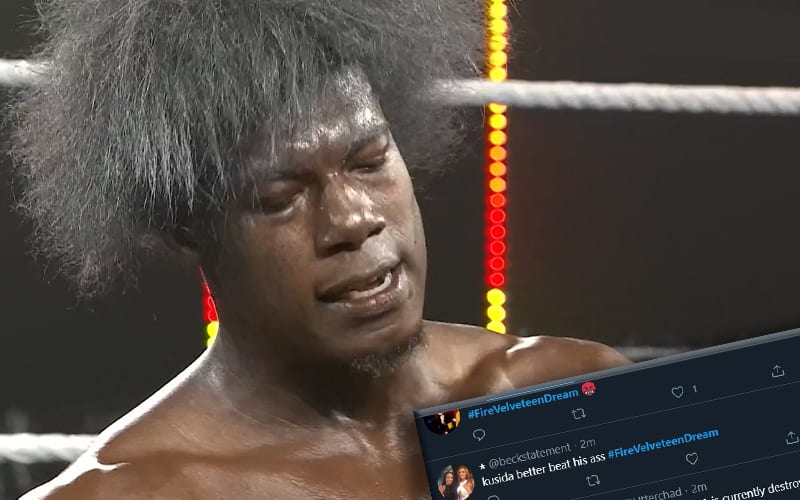 Velveteen Dream and KUSHIDA lit up the Capitol Wrestling Center for NXT TakeOver: 31, but some fans weren’t very happy about seeing him. #FireVelvteenDream went wild on social media once again.

Dream was accused of sending inappropriate messages and media to minors. WWE said they did an investigation and found nothing. That won’t stop fans from calling for the company to release the former NXT North American Champion.

#FireVelveteenDream flooded the Internet Wrestling Community during his TakeOver match. Dream lost his match, and then he took a bad beating from KUSHIDA afterward in an apparent heel turn. That seemed to delight fans who were calling for the company to fire Velveteen Dream, but it didn’t change their mind that the company should let him go.

You can check out a few tweets below to see what kind of reaction Dream was receiving.