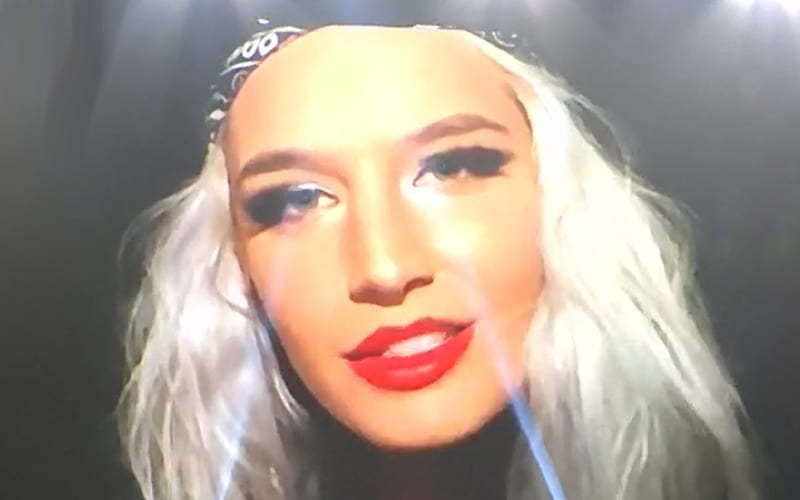 Toni Storm disappeared for a while, but she’s coming back to NXT. This was revealed after Io Shirai’s successful title defense at NXT TakeOver: 31.

During the conclusion of the NXT Women’s Title Match, the referee took two bumps, and then he rolled outside of the ring. LeRae hit the Wicked Step Sister and got the pin, but there was no official. Suddenly, Johnny Gargano ran down to the ring while throwing on a referee shirt. He made a count, but Io Shirai kicked out.

Gargano walked out of the ring and got the title from the timekeeper’s area. By that time, the real referee was up, and he wanted Gargano to leave. LeRae smashed Io with the title while the referee’s back was turned, but Io kicked out.

Io Shirai won the match, and then a familar face showed up on the big screen. Toni Storm appeared and go Shirai’s attention. Then Storm said that she is back in NXT. She said that it always has, and always will be Toni Time. Stay tuned.