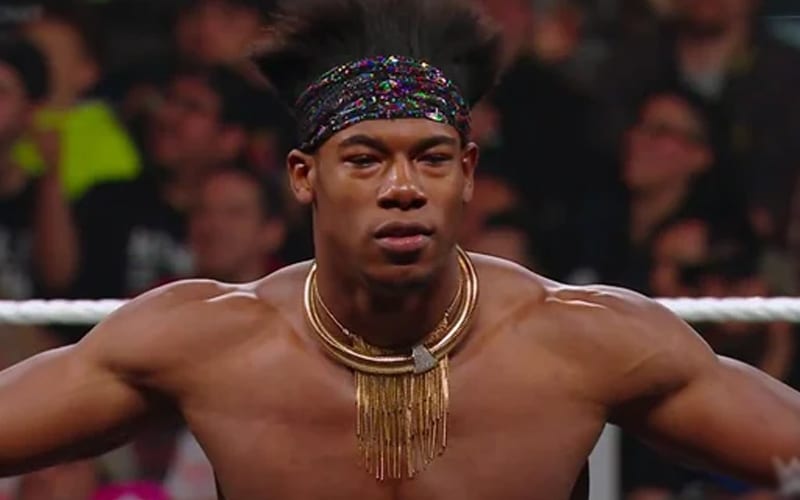 Velveteen Dream’s name popped up in the news a few times yesterday. None of those occasions were preferred.

A user on Reddit claimed that Dream sent a nude photo to minors including themself. This also included audio and you can listen to that alleged audio of Velveteen Dream here.

Dream later denied these communications ever took place. He said the photo was of him, but it was stolen and shared without his consent. These communications allegedly took place in Dream’s Instagram DMs. Velveteen Dream stated that he had no such interactions and the photos were stolen. WWE has yet to comment.

During Wrestling Observer Radio, Dave Meltzer brought up Velveteen Dream’s recent situation. He said on the surface it doesn’t look good. This could be “real bad” for Dream with WWE, but Dream has adamantly denied it, so we’ll have to see.

“I’ve got a lot of questions out there looking for answers. On the surface it doesn’t look good for him. We’ll see… it’s a tough one. It could be real bad, but we don’t know. I mean, you know he denies it, so who knows?”

Velveteen Dream is still featured on WWE NXT in a prominent role as a top Superstar vying for Adam Cole’s NXT Title. In his response, Dream stated that a 3rd party is looking into this matter.

There is a lot going on in WWE right now as they continue to conduct business through a pandemic. We will have to wait and see if/how WWE responds to these allegations. No charges have been pressed and no police report was filed that we can find.

What should WWE do about Velveteen Dream? Sound off in our new and improved comments section!