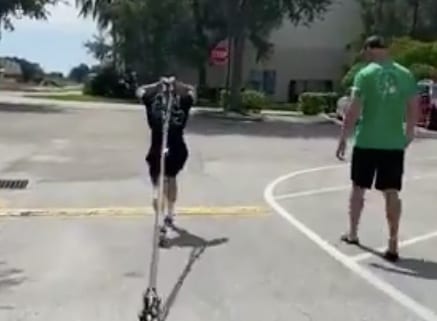 Finn Balor is set to defend the NXT Championship this evening against a fresh challenger in Kyle O’Reilly.

Many believe the Irishman is the favorite to walk away with the win but even with that being the case, NXT has a tendency to pull a fast one on us when we least expect it.

In the build-up to the bout it’s clear to see that Balor is pulling out all of the stops to ensure he’s ready for the battle ahead.

He’s known by many as Mr. NXT due to his longevity and yet even after all these years, he’s still working just as hard as he was on his first day.

The future looks bright for NXT but Balor isn’t ready to give up his throne just yet.