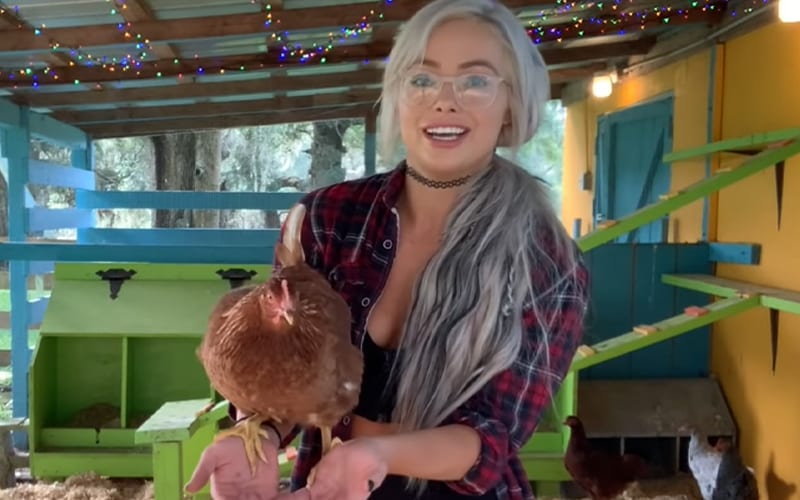 Liv Morgan recently announced that she joined YouTube. Her first video dropped, and it started out with a big burp. Then she got down to explaining why she opened the channel. Morgan wants to give fans a look into her personal life and how she is at home. In the first episode, she cleaned chicken poop.

Morgan said that she wanted to let fans know how she cleans up her chickens’ poop. She also apologized to her sister for wearing her flannel while she did this messy chore.

Liv Morgan has a lot going on at the Wonderland Ranch. It is still a work in progress, but Morgan has plans to have an area for turtles, horses, and more animals. She currently has some chickens which was the focus of the video. She also has a pet pig, but he wasn’t around.

When she bought the chicken coop, Morgan said it didn’t meet her standards. She wanted a vibrant place where her chickens could learn and grow and she could watch them.

Liv Morgan fed her chickens and cleaned up the coop, and their poop. Then she introduced fans to a few of her birds. You can check it out below to see a glimpse of what Liv Morgan is really like outside of WWE.