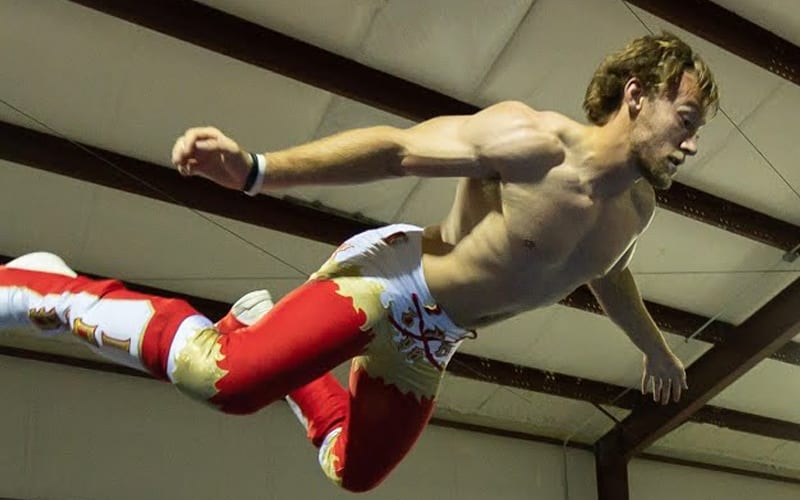 Benjamin Carter drew a lot of attention to himself after his performances on AEW Dark. He recently revealed that he has COVD-19, and that stalled his momentum a bit, but not by much.

According to Fightful Select, “multiple companies” have shown interest in Benjamin Carter. AEW isn’t the only company looking to sign him at this point.

The report didn’t name every company that is interested in Carter, but AEW isn’t alone in the running. It was said that Carter has received “at least contact from NXT.”

It wasn’t noted how far along in talks Benjamin Carter is with any other company. As of right now he is still a free agent, but that might not be the case for very long.

Benjamin Carter came from the Game Changer Wrestling scene. He continued to light up the ring every time he received an opportunity. All of that hard work has obviously paid off for him. Stay tuned.