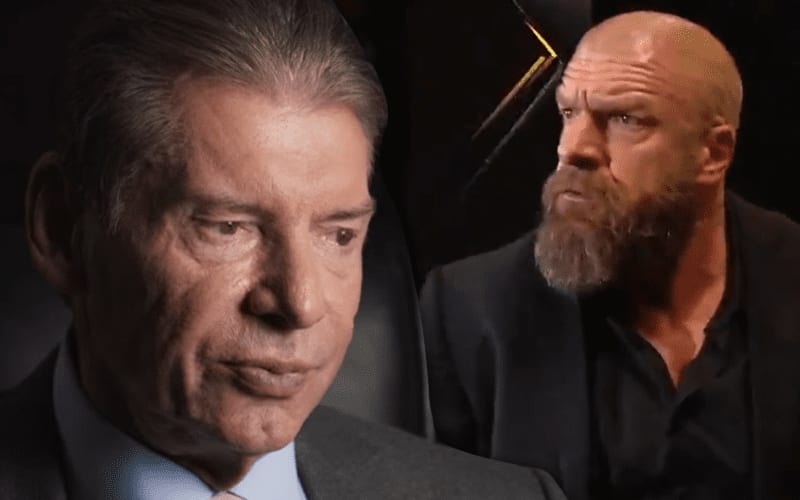 WWE is preparing for another draft, and that situation could always add stress between Vince McMahon and his son-in-law Triple H. McMahon might want some NXT Superstars that Paul Levesque isn’t prepared to lose just yet.

Triple H was not consulted when WWE called up his four top NXT Superstars. If Vince McMahon asked Triple H what he thought about calling up Tommaso Ciampa, Johnny Gargano, Ricochet, and Aleister Black then The Game might have been able to tell Vince that Ciampa needed neck surgery. That didn’t happen and we all know the course of events that followed.

WWE is considering plucking more Superstars from NXT this time around. The only name we have heard in high consideration is Chelsea Green, but you never know how Vince McMahon’s mind can change overnight.

Ringside News has learned that Triple H isn’t 100% out of the loop when it comes to the WWE Draft. One tenured member of the creative team told us “I wouldn’t say he has zero say, but does anyone have say over Vince?”

The situation between Vince McMahon and Triple H was described to us in this way. It’s kind of like on Facebook when you have different options to choose from when picking a relationship status. “It’s more like ‘it’s complicated’ — the old Facebook relationship status,” we were told.

The WWE Draft will be a two-night event. SmackDown gets the first night on October 9th with Raw coming after on October 12th. At this time, they have a preliminary idea about what they want to do. Nothing is set in stone until it is revealed on television. Even after that things can change around with little explanation.