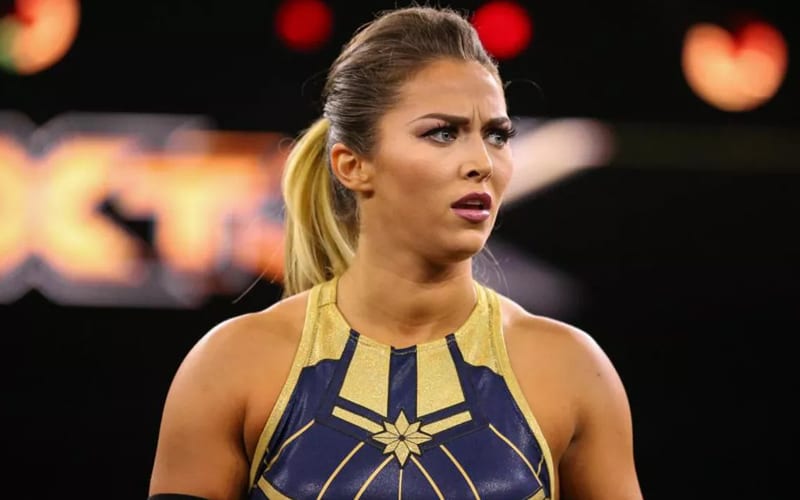 Tegan Nox had surgery this week to repair her ACL again. That marked the third injury of that kind she suffered, but this time it was a big worse considering the circumstances.

WWE officially announced that Nox was injured. Triple H then confirmed during a teleconference that she had surgery. Now fans are waiting for her return again, but a third injury is never good.

During Wrestling Observer Radio, it was noted that this injury for Tegan Nox didn’t even occur in the ring. She was essentially in rehab and it “just popped.” Things aren’t looking great for Nox avoiding the label of being injury prone.

“No [this is not good] especially since this injury didn’t take place in the ring or in practice. It happened in rehab, essentially. It’s like it just popped. Pretty much [she tore her ACL in rehab]. It wasn’t in training or anything. They didn’t think anything was wrong, but something went wrong and they checked and it was a torn ACL.”

Meltzer said they “found something wrong when they checked it, and did the MRI.” The angle on television was to cover for the surgery that Tegan Nox needed. The last injury Nox suffered was on a dive during the 2018 Mae Young Classic. She destroyed her knee on the ramp, but accidents happen.

Nox was intended to win the 2018 Mae Young Classic after being injured just prior to the tournament in 2017. She suffered a devastating injury which you can see below.

It was noted that this latest injury is especially concerning since it is the third ACL injury for the 25-year-old, and this time it didn’t even happen in the ring.