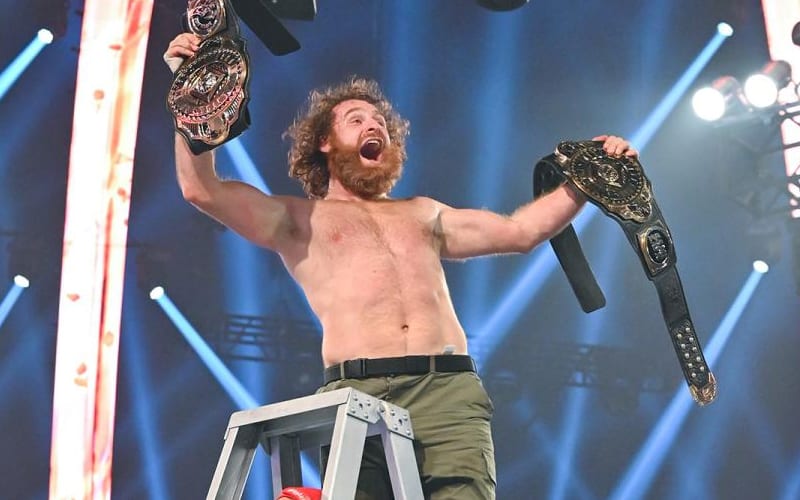 Sami Zayn won a triple threat match at Clash Of Champions Gold Rush that some fans have said is the best match WWE had since entering the ThunderDome. Others said it was better than the Greatest Wrestling Match Ever at Backlash. Sami Zayn might have to agree.

The undisputed IC Champion logged onto Twitter where he gave his opinion of that match. They are a few days removed from the ladder match, but Zayn still had a glowing review to give.

Maybe I’m still riding high due to not having wrestled much in a while, but I think the 3-way ladder match against Jeff Hardy and AJ Styles from #ClashOfChampions2020 this past Sunday might be my favorite televised match I’ve had in about 3-4 years.

Sami Zayn has been a part of some very good matches in WWE. This match obviously stands apart from the rest as quite memorable for Zayn. The fact that he walked out of it with two titles probably helped matters as well.

Where do you rank the ladder match from Clash Of Champions Gold Rush? Sound off in the comments below!