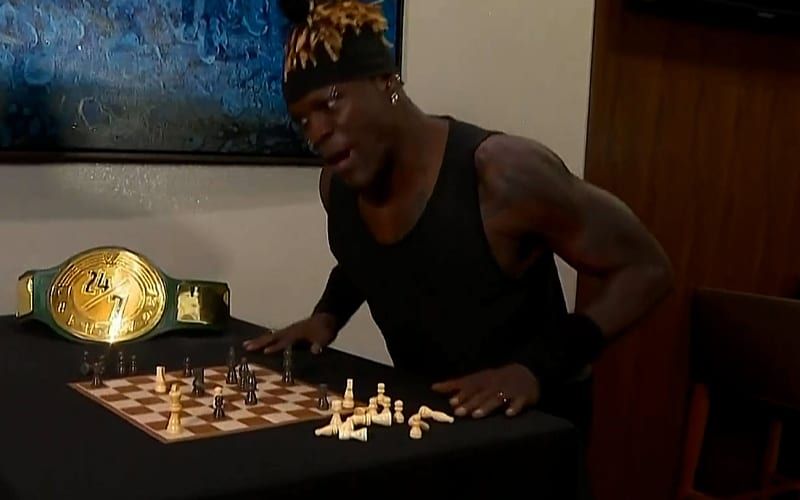 R-Truth left Clash Of Champions as WWE 24/7 Champion, but he faced a tough situation the next night on Raw.

Raw included another 24/7 Title segment this week. As you remember last week, Akira Tozawa was eaten by a shark. This caused a lot of confusion over the last week.

This week, R-Truth was playing chess with Little Jimmy and a ninja approached him. The ninja gave Truth a letter from Tozawa and he read it. Then the ninja presented Truth with Tozawa’s black belt which he carried in a briefcase. Akira Tozawa crawled out as Truth was about to take the belt, and he rolled Truth up for a pinfall.

As Akira Tozawa celebrated, the ninja whacked him with a briefcase. The ninja pinned Tozawa and revealed his identity to be Drew Gulak. Suddenly, R-Truth rolled Gulak up and won his baby back.

They then announced a triple threat match with Truth vs Gulak vs Tozawa for later on in the night for the WWE 24/7 Title.