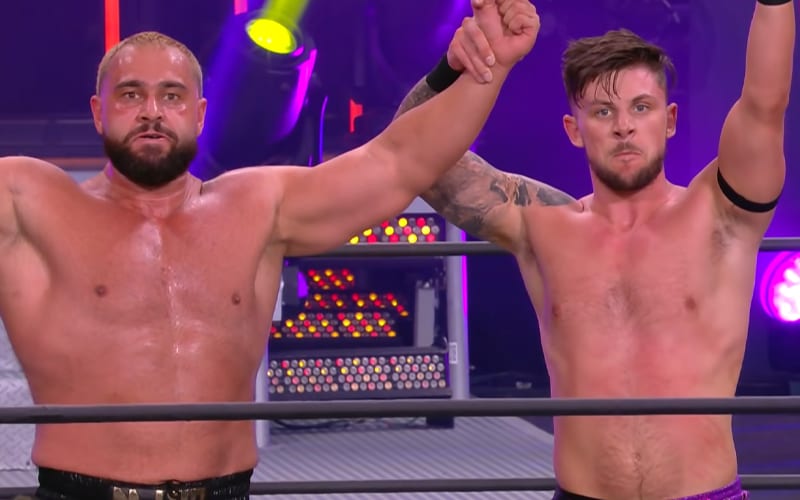 Miro’s in-ring debut for AEW didn’t go as smoothly as he would have liked. He tweaked his ankle, but carried on. There were some rough spots, but he still finished the match. That doesn’t mean he was 100% pleased with it.

The match was called a “disaster” backstage in AEW. Miro obviously didn’t mean to tweak his ankle. He spoke about this on his Twitch stream recently where he said at least they were able to pull down the win.

Miro is just getting started in AEW. He will have plenty more chances to impress in the ring. Hopefully, he won’t experience another unexpected incident that will get in the way of his performance once again.

Kip Sabian and Miro were able to still secure the win and carry on with plans to set up his bachelor party. Click here to check out the arcade they found complete with an axe throwing station.