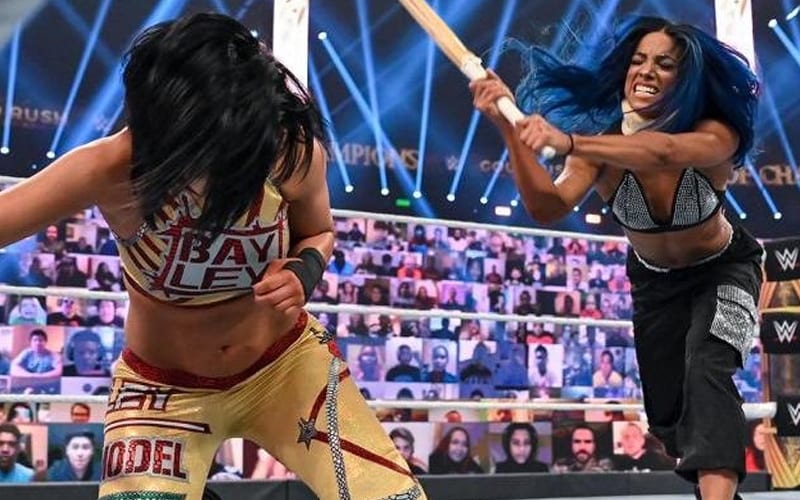 Sasha Banks didn’t let Bayley leave the ThunderDome during Clash Of Champions without getting a severe beating. Bayley tried to end things with a chair as she took out Asuka and caused a DQ, but The Boss had a chair of her own. Banks also used a kendo stick to assist in her assault.

Click here for our complete coverage of WWE Clash Of Champions.

Banks has a lot of revenge to seek out, and Bayley felt the brunt of it at Clash Of Champions. The Boss tweeted out a few photos showing her assault along with a message to let Bayley know that it will be much worse when she’s at 100% once again.

It appears that Sasha Banks and Bayley could be headed toward Hell In A Cell. If those two former best friends find themselves battling in that unforgiving structure it could be a fantastic addition to their storied history. Sasha Banks will likely have plenty more punishment for Bayley where that came from.