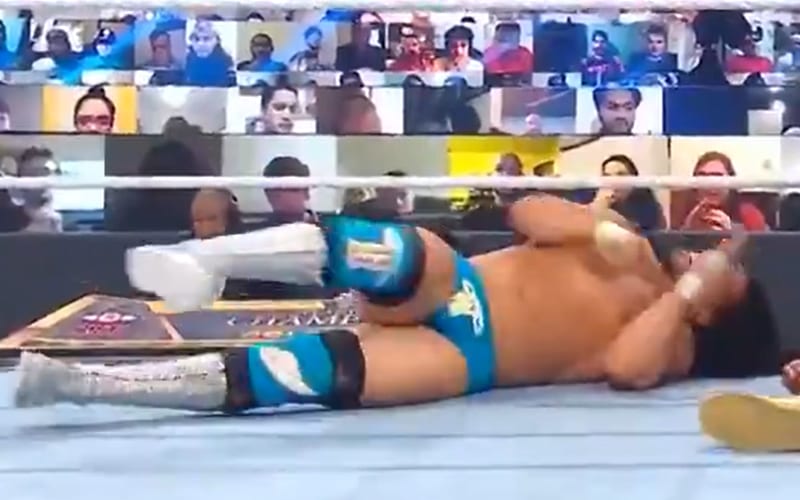 WWE Clash Of Champions was a night full of unexpected moments. The RAW Tag Team Title match certainly didn’t end the way they planned as an injury to Angel Garza caused the referee to count to three despite Andrade kicking out at two.

During Wrestling Observer Radio, Dave Meltzer noted that the official word is still yet to be revealed concerning Garza. The thinking is still that he hurt his hip, but the extent of his injury isn’t 100% known yet.

We should know more about Angel Gaza’s condition soon, but the tag team match at Clash Of Champions was called off for this reason. Nobody was happy about the finish, especially Angelo Dawkins and the anger on his face was very apparent.