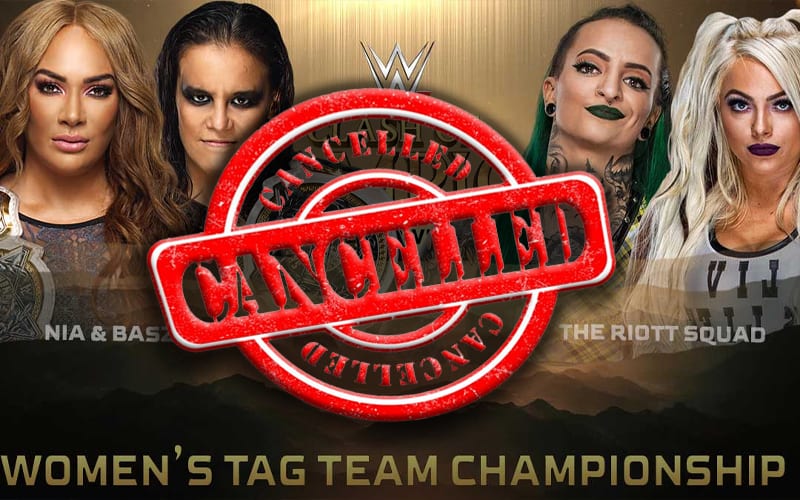 Update: Asuka’s RAW Women’s Title defense against Zelina Vega has now been moved to the main card. It was previously on the kickoff show. Click here for more on WWE reshuffling the Clash Of Champions card.

Original: WWE was forced to pull their Women’s Tag Team Title match from Clash Of Champions. This was hard news to take for fans who were waiting to see if The Riott Squad could pull down the titles.

News about COVID-19 is tight-lipped around WWE. Superstars aren’t allowed to go public about any test results. All we know is Shayna Baszler and Nia Jax will not be wrestling the Riott Squad at Clash Of Champions.

It was reported that WWE is likely to replace Nikki Cross with someone else against Bayley. The same was not reported about the tag team match. It is unclear if other opponents will be picked to go against Jax and Baszler.

We do have a very good idea that Shayna Baszler was ready to wrestle today. She tweeted out a shot of her gear and was very proud that she can wear Vikings colors since they are winning this year.

We’ll have to pay close attention to who shows up on television. If anyone appears on television then they tested negative for COVID-19. They could be out for another reason though. The company doesn’t let anyone in without taking a coronavirus test first. This is a chaotic time in WWE as they tape from Orlando and Florida just reopened into phase three.