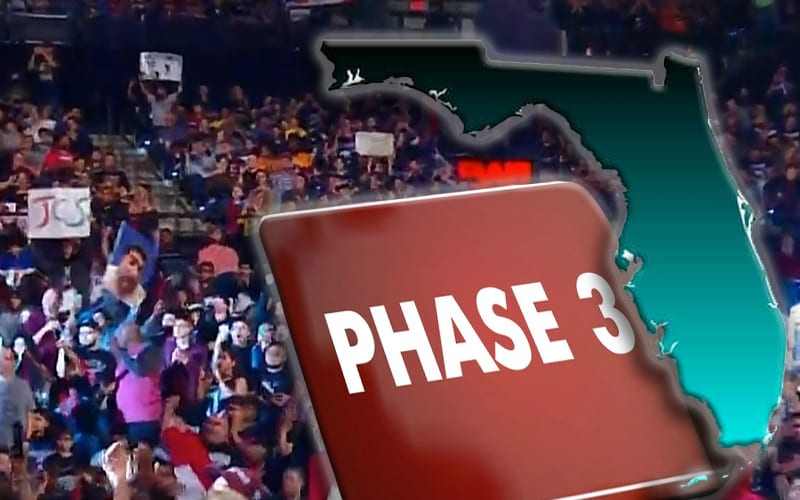 Florida opened back up much faster than other states. Governor Ron DeSantis declared that any televised production was essential business which allowed WWE and AEW to both continue operating. Now Florida is moving forward with their plan to fully re-open their state.

The Herald Tribune reports that Governor DeSantis announced a plan to move Florida into phase 3 of their re-opening plan. This was immediately put in place. Restaurants can now operate at full capacity along with theme parks. The new phase also prohibits anyone from collecting fines related to pandemic-related mandates, including mask requirements.

There are also no more restrictions on gatherings. This could give WWE a lot more leeway when it comes to deciding a new venue after they leave the ThunderDome.

The Phase 3 order will allow theme parks to operate at full capacity and lift any restrictions on gatherings, although the state still is recommending people avoid crowded spaces.

Nearly 700,000 people have been infected with COVID-19 in Florida since the virus reached the state in March. Almost 14,000 have died due to the coronavirus as well.