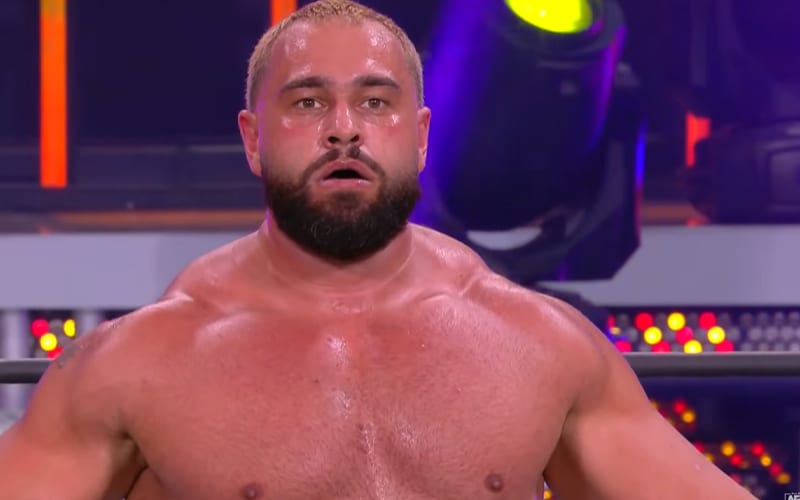 Miro made his debut for AEW this week, but it didn’t go very well. He tweaked his ankle and was limping badly, but the Brute from Bulgaria continued the match.

Miro and Kip Sabian won their match as the former Rusev locked a Game Over on Sonny Kiss and made him tap out. Things could have gone much smoother prior to that. During Wrestling Observer Live, Bryan Alvarez noted that he was told those backstage thought the match was a disaster.

“I heard the term ‘it was a disaster’ from people in AEW”.

We’ll have to see if Rusev can have a better outing the next time he’s in the ring. It seems like he left a lot of room for improvement.

Thankfully, Miro’s ankle is okay now, but tweaking it might have really done a number on his AEW in-ring debut.