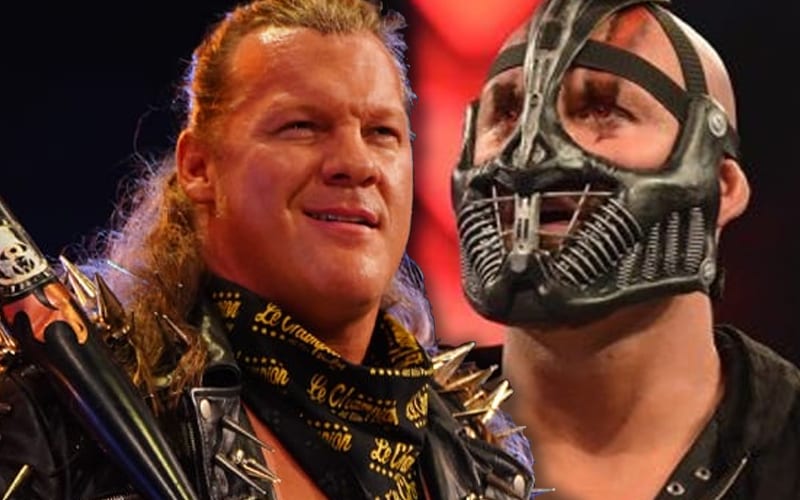 WWE signed the five core members of Retribution to contracts. They also gave them new names and masks. Now fans can get used to seeing T-Bar, Mace, Slapjack, Retaliation, and Reckoning on their television every Monday (at least until Survivor Series).

T-Bar explained why WWE hired Retribution after the faction kept invading their shows. He said that WWE gave them contracts because it was cheaper than replacing all of those security guards. Their goal is still to “destroy” their current employer.

Chris Jericho read this explanation from T-Bar. Le Champion has heard practically every single pro wrestling angle ever and invented tons himself. The reason T-Bar gave as to why Retribution was handed contracts puzzled Jericho as he replied with: “Huh?”

WWE has used the invading faction angle before. We’ll have to see if Retribution ends up being any different from previous incarnations of the same premise. Chris Jericho seems to be at least confused by the situation.

In case you’re wondering, The Demo God isn’t the only one with questions about Retribution. Eric Bischoff was a bit more bold as he straight-up said the whole angle sucks.