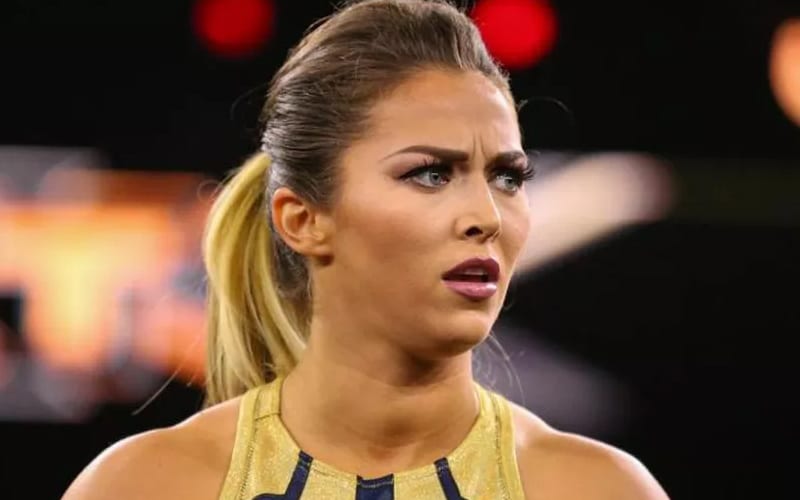 Tegan Nox has a history of knee injuries, and she might be out of action once again. At this time it’s unclear what is going on, but she certainly didn’t wrestle on NXT this week.

WWE NXT ran an angle where Tegan Nox was attacked by Candice LeRae backstage. Nox was selling her knee after the attack, but there could be more to this situation.

The Wrestling Observer Newsletter noted that Tegan Nox might have actually suffered another knee injury. That backstage attack angle could have simply been a cover-up to excuse why she couldn’t work.

Tegan Nox wasn’t in the match because LeRae took her out in a backstage angle, attacking her surgically repaired knee and Nox was screaming in pain. There was talk this angle was a cover for her having yet another knee injury, which would be really too bad if it’s serious.

WWE had to fill in that women’s battle royal match with females who showed up to Full Sail Arena with the intention of being in the crowd. They found themselves wrestling instead which was not the plan. WWE needed stars in that battle royal. Taking Tegan Nox out of the match for any other reason wouldn’t make sense.

Nox was also not dealing with any pandemic related issues since she appeared on camera. Everyone needs to pass a test prior to even entering the building.