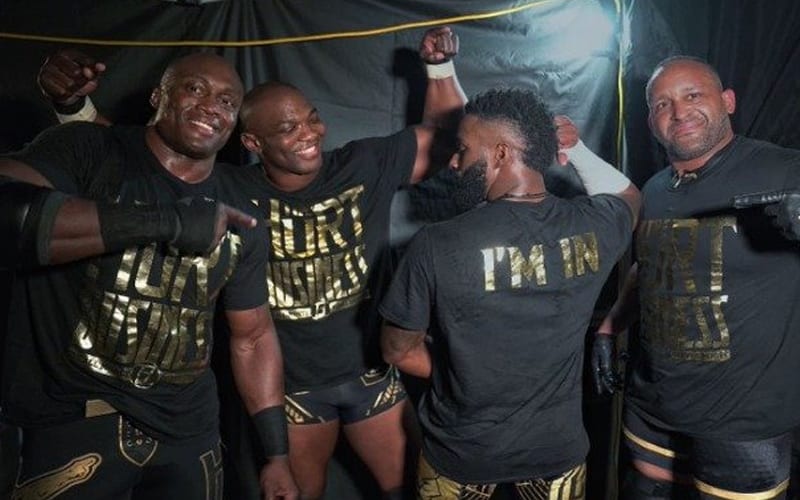 The Hurt Business added Cedric Alexander to their ranks recently. Now he is a heel and a part of MVP’s stable. During his introduction to the group MVP made it very clear that they’re not about race. They are bound together to make money on top of anything else.

WWE toyed with the idea of making the Hurt Business a new Nation Of Domination stable. Mark Henry and Ron Simmons were event called in to help jumpstart that idea. Then they pulled away from it and let the stable evolve in its own way.

While speaking to Alex McCarthy of TalkSport, Cedric Alexander explained that MVP told him during his first night with the Hurt Business that the only color they care about is green. Alexander was tired of being just another guy in WWE and he wanted to seize the opportunity to accomplish more in the business.

“I remember vividly there was a dinner, the first night I was with the Hurt Business me and the guys went out to dinner and MVP made it very clear this is about green — this isn’t about color. The only color we care about is green. This was something I came into knowing full well because you know there was a time on RAW where I was just a spoke in the wheel and I was just rolling along. I was just there. MVP gave me that opportunity like look I’m tired of just being another dude. I wanna be a star. I wanna make something of myself. I want to accomplish things. I don’t wanna just say ‘Hey I was here.'”