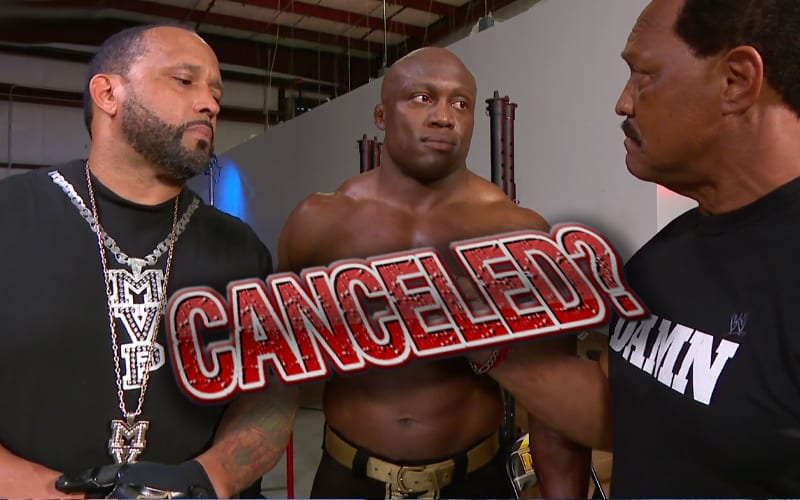 WWE had a very interesting idea this week on RAW, but they didn’t go through with it. The idea of a revamped Nation Of Domination stable is out there, but some in WWE fought to change that.

Ron Simmons was on RAW this week where he had a segment with MVP’s new stable. He was also present when Shelton Benjamin joined MVP’s Hurt Business stable.

There were plans to create a new Nation Of Domination stable which we previously reported. According to the Wrestling Observer Newsletter, Mark Henry was also brought in for this segment, but he wasn’t used.

There was apparently enough pull backstage that this angle was stalled. It’s unknown if Vince McMahon will carry on with the idea, but it was seen as “incredibly tone deaf” by some backstage.

There was an idea for the show to reform the Nation of Domination. Both Ron Simmons (who did appear on the show in a quick cameo for no reason) and Mark Henry (who was not on the show) were brought in to kickoff that angle. We don’t know if they are going to do that or if it was dropped. We do know people who thought from a real life timing situation that redoing the Nation right now would be incredibly tone deaf, so a lot did want it nixed.

Vince McMahon will do whatever he wants with his company. He didn’t pull the trigger on a revamped Nation Of Domination stable this week. There’s always next week because the company did film two episodes on the same day.

We’ll have to see what happens next in this situation. Are you down with a revamped Nation Of Domination stable? Sound off in the comments below!