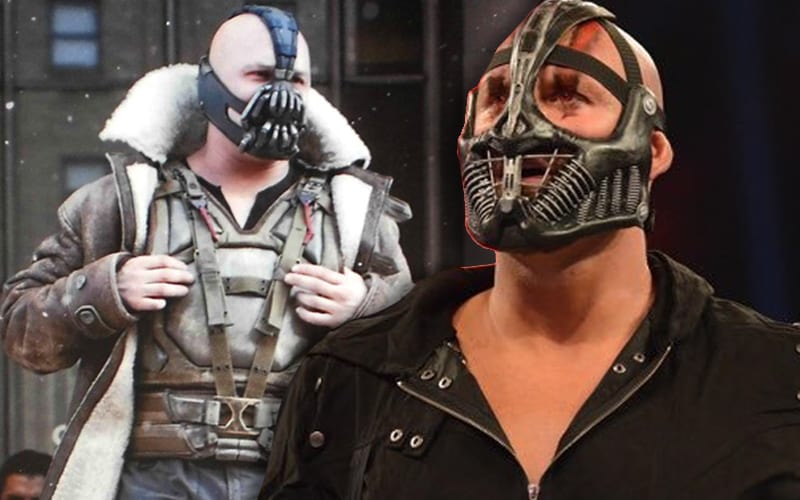 WWE put Retribution in new masks this week, and they gave three members new names. A lot of fans called out T-Bar for ripping off Bane’s look, but he sees it the other way around.

Bane was played by Tom Hardy in Christopher Nolan’s “Dark Knight Rises.” T-Bar had a little fun by comparing their actual sizes. Bane is noted as being 6′ 8″ and Hardy is 5′ 10″.

Dominik Dijakovic is listed at 6′ 9″. So, he is actually taller than the fictitious version of Bane, and much taller than the actor who played him. For T-Bar, Hardy is the cheap imitation of Bane. We might finally have the genuine article in Retribution.

Nothing is worse than a cheap imitation.

You have been supplied with a false idol!

Fans will likely continue to call out Retribution for their look, but WWE could always change things up. We’ll have to see what’s next for the five core members of Retribution. They certainly attracted even more attention to themselves this week on RAW.