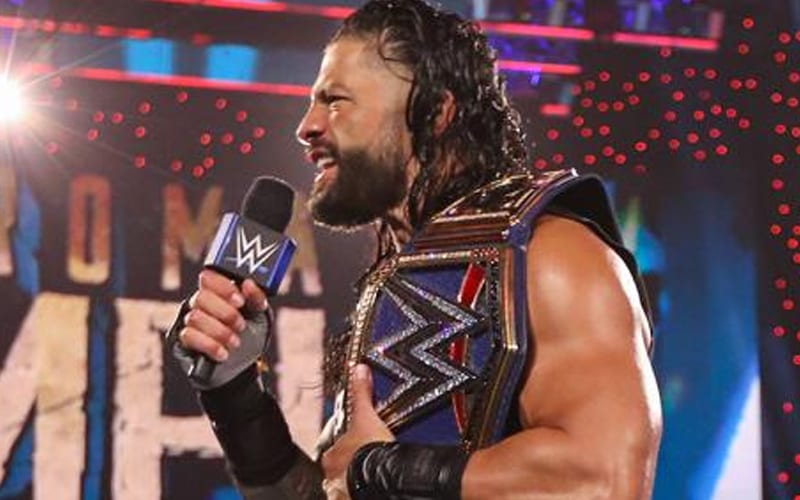 Roman Reigns’ return to WWE brought a lot of attention to the company. There was also a hope that a long-term direction was in the plan. Paul Heyman has been instrumental in Reigns’ creative and he is a huge fan of long-term planning. This is a strategy that largely went away when WWE fired Heyman as Executive Director of RAW.

There is a thought that WWE might even have The Rock lined up to face Roman Reigns as an eventual crescendo for this storyline. If that happens, it will take some time to reach that destination.

While speaking to Mania Club, Roman Reigns discussed how impatient WWE fans can be. He advised that fans need to wait and let stories develop. They’re not going to see a big change immediately, but it is a process worth waiting for.

“We got a bunch of fast food fans and they complain that they want stories and well thought out stories to develop. When you start doing that for them, they want it all now. My people, I’m cooking a steak. We’re creating an elaborate omelet and we’re in the process of cracking eggs right now. You’re not going to get it quite yet. We’re gonna let the steaks stay on the grill. If you want your cheeseburger, watch Raw. SmackDown, we do filet mignon.”

WWE might have some plans for the future when it comes to Roman Reigns. It also seems that they are coming up with a lot of other Superstars’ plans on a weekly basis.

This is an interesting time in WWE History as many things are happening outside the company that directly impacts what and who we see on television. Roman Reigns seems to be confident that a plan is in motion, but fans need to enjoy the ride on the way.