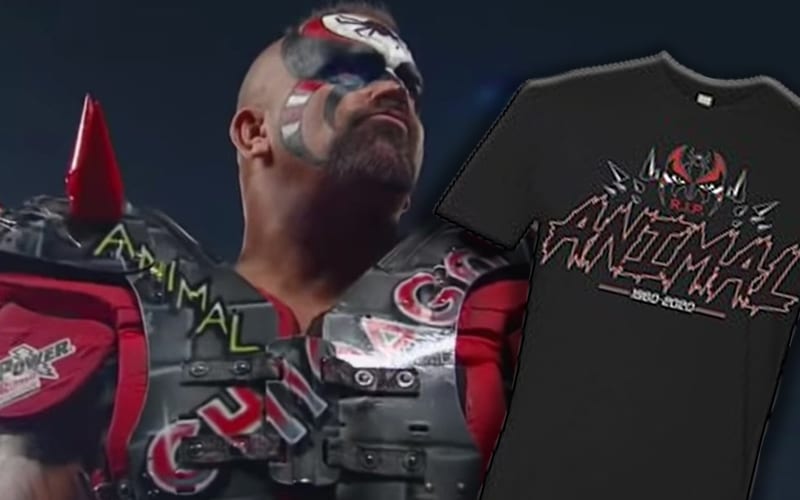 Road Warrior Animal passed away this week and the world lost a legend. Animal meant so much to the pro wrestling community and the many stars he inspired to get into the business.

Collar & Elbow has released a special t-shirt to pay tribute to his legacy. Al Snow revealed that they have partnered directly with Road Warrior Animal’s wife to put out this commemorative t-shirt. 100% of the profit will go to Animal’s family as well.

We’ve worked directly with @roadwarrioranimal ‘s wife and designed this commemorative shirt. 100% of the proceeds will go directly to Animal’s family. Thank you for all the memories, Joe. Go to http://collarandelbowbrand.com

Collar & Elbow also put out a tribute shirt for Shad Gaspard following his passing. An exact number of the shirts they sold from that endeavor hasn’t been revealed, but they received a lot of attention for the t-shirt as MVP and other WWE Superstars were seen wearing the shirt.

For more information on how to order this new Animal tribute t-shirt you can check out the link in the tweet below.