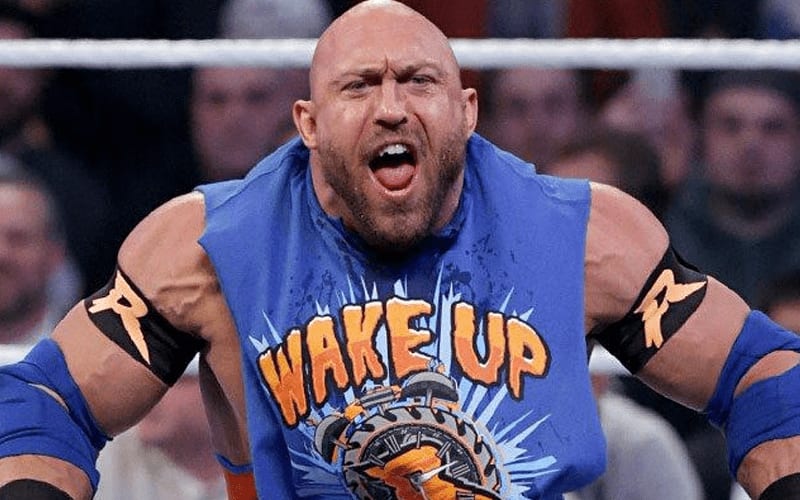 Ryback has been resting up and healing his back. Now he feels great and he’s getting ready to return to in-ring training. The big question is where The Big Guy will go next.

While talking with the Shooting Blanks Wrestling podcast, Ryback didn’t confirm where he is thinking about taking his talents, but he is preparing to make that return to the ring.

This isn’t the first time that Ryback had to take time off due to an injury. It will be interesting is current copyright issues hold him up in any way because he needs a name he’s allowed to use outside of WWE.

“My back is great. I’m training now, like weight training and conditioning to get ready for wrestling. I’m not going to be taking any time off, like like I did when I got it [stem cells] before. [That was] where I took like two or three months off.”

“I’d say I’ll probably give myself three to four weeks and then hopefully from there be able to get back in a ring and start doing some training low key. Just get myself in there to see how I feel.”

“I don’t, I honestly don’t think I’ll miss a beat. I’ve been out before. When I had the ankle injury [in WWE] I didn’t wrestle for a year and a half. Then I got thrown on the road, and came right back after not wrestling for a year and a half. I did dark matches and live events there for like five months but like I went back to live events, working 8, 10, 12, 15 minute matches. [That was] after not practicing, nothing. People were saying ‘oh my god you got so much better!’ And I hadn’t even even been practicing in-ring.”

The pro wrestling world has a few more options for Ryback now. At this point, AEW seems much more likely than WWE, but it’s also unclear how much interest there is from All Elite Wrestling’s side.

Would you like to see Ryback come to AEW? Sound off in the comments below..