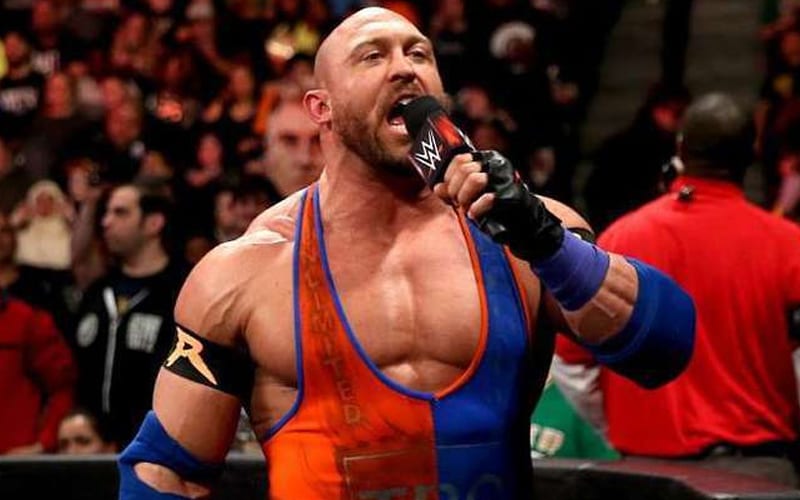 Ryback left WWE, but he is still dealing with them to this day. Now he’s having issues with a trademark that he uses as his own.

WWE tried to take Ryback’s copyrights, and they are still keeping him from them. He revealed that WWE filed for a renewal on his own trademark on the last day they could so he couldn’t get it for a minimal fee.

He went on to allege that WWE threatened him into dropping a multi-million dollar malpractice lawsuit. Then Ryback said that WWE paid “certain online outlets that they have working relationships with to continuously put out slanderous articles” about him.

I want everyone to see how petty @wwe is. A trademark that they renewed the last day so I couldn’t get it for a minimal fee and one they don’t use anymore and haven’t used in games, MERCH etc. I am the trademark and created prior to working there. Let it go and let’s move on!

wwe threatened me creatively multiple times in signing contracts and in dropping a multi million dollar malpractice case against botched ankle injury. Denied multiple opportunities outside @wwe and we all saw what they did on air. The games end here, and the future will improve

I also want to clarify all injuries to back and shoulder happened there and I have 100% paid for. Their neglect medically pumping me full of cortisone and toradol saying I would be alright caused the bulk of it. End of day my fault, but things need to change. @wwe needs to change

[email protected] has paid certain online outlets that they have working relationships with to continuously put out slanderous articles, which paid ads are still being ran online. These are 100% facts and I won’t stop and won’t back down until what is right is made right.

Ryback keeps hyping a return to the ring once his shoulders and back 100% heals. It doesn’t seem like a WWE return is going to be in the cards any time soon. If anything, he might advise people to be very cautious when dealing with Vince McMahon’s company.