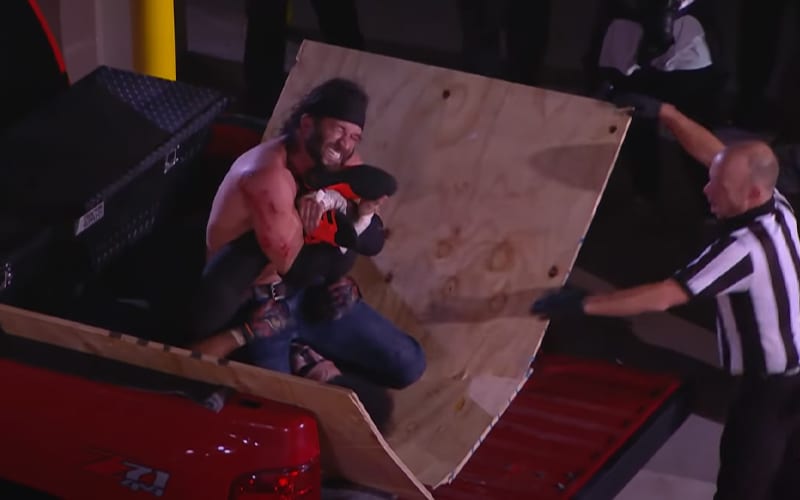 The Parking Lot Fight between Best Friends and Santana and Ortiz was a 5-star match in the Wrestling Observer Newsletter. It also received a ton of praise backstage in AEW.

Jerry Lynn had a huge hand in this match as The Best Friends sought revenge for Trent’s Mom’s van. In the end, Sue showed up and whisked the victors off with her middle finger raised in the air.

According to Fightful Select, there were a lot of AEW stars who insisted on watching this match live, even if they weren’t on camera. Some people were asked to be in the crowd around the chaotic match, but some wanted to be there.

There was apparently enough of a buzz within the AEW locker room that they were going to do something special in the main event of Dynamite last week. People wanted to check it out.

It is said that some wrestlers “went out of their way” to watch the match as it happened. The Parking Lot Fight was something worth checking out if you haven’t already. You can catch a clip of the match below.