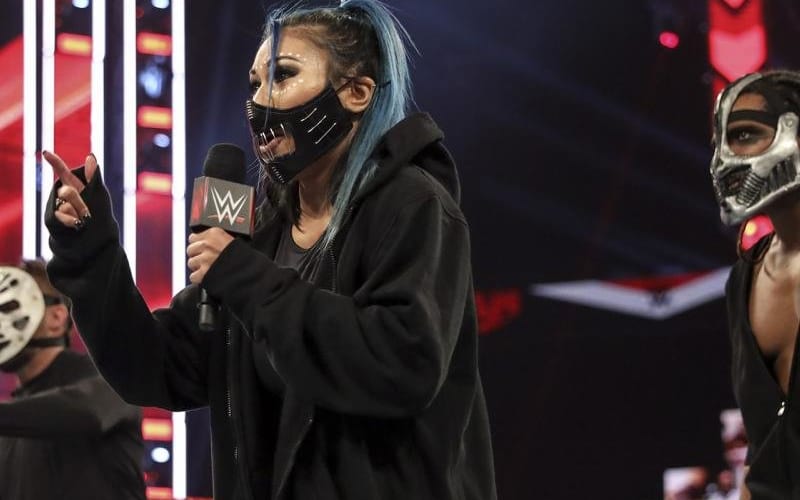 Retribution showed up on RAW yet again this week, and they had a much different mission. They also had different masks, and new names. Those changes might not have been for the best.

According to Wrestle Votes, Retribution received laughter backstage when they debuted their new looks. Names like T-Bar, Mace, and Slapjack didn’t help. At this point it appears that Retribution is in a creative hole that might be “impossible to climb” out of.

Just talked to a source who was in the building last night… said the presentation of Retribution was a major topic of discussion, met w/ LAUGHTER at times backstage. Direct quote: “The masks & names are already making the road for these guys impossible to climb”

The five members of Retribution are good wrestlers. They could do big things on their own, or as a stable if it is written correctly. It seems that WWE took a big chance on Retribution this week, but it just didn’t pan out for the best. Stay tuned.