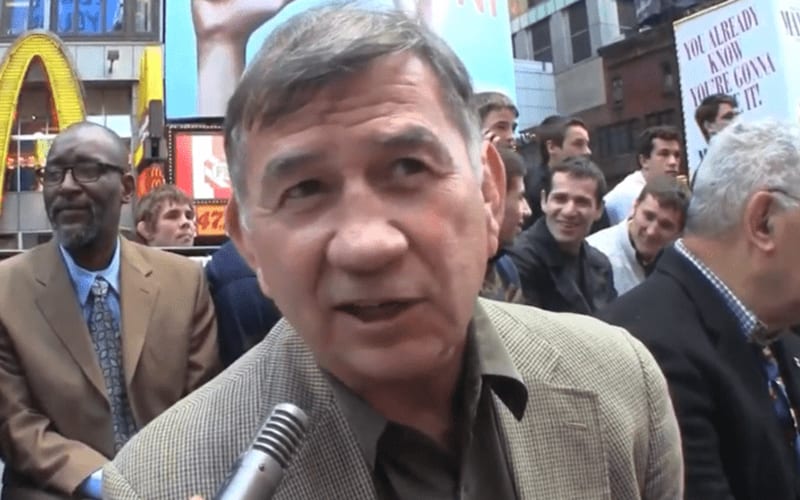 Gerald Brisco was told by Vince McMahon that WWE didn’t need him anymore. AEW might be able to use a talent scout responsible for brining in some of the top names WWE saw in the last 20 years.

Brisco has been having some fun on social media teasing a big announcement. He’s not just going to stay retired, because he’s got something going already.

A new tweet from Gerald Brisco stated that he was sorry for the last message. He uploaded a video update that just so happened to cut off just before he could make his big reveal. In this new update, Brisco dropped a pretty big hint that he’s been talking with Tony Khan.

Oh gosh! We had some technical difficulties! I truly Khan’t wait to tell you my big news! Stay tuned WEDNESDAY NIGHT for my BIG ANNOUNCEMENT! What do you think it’s gonna be?

We’ll have to see what is next for Gerald Brisco. He might already have his eye on a few people that would be perfect for the pro wrestling world. AEW doesn’t have an official training school like WWE does, but they do have a couple of places they can send future stars to polish them up including QT Marshall’s gym in Norcross, Georgia.