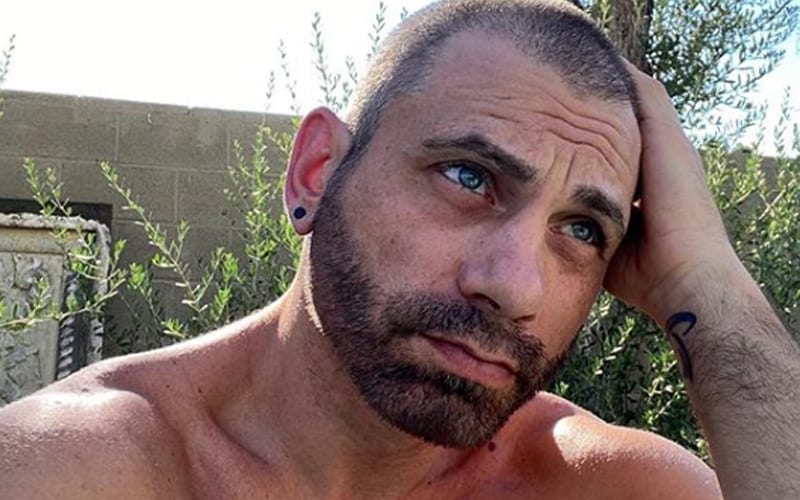 Austin Aries’ name was brought up a couple of times during the #SpeakingOut movement, and that still bothers him. He explained those incidents in a previous video message.

‎The Ryback Show recently spoke to Aries about what he’s doing now. He is living his genuine life apart from WWE, and still staying in great shape as well. He spoke about the #SpeakingOut allegations against him and focused on Christy Hemme’s claims that he sexually harassed her on TNA years ago.

Austin Aries said it was tough to deal with the label of being a sexual harasser as well. That also led to a very dark period in his own life.

“Let me put this out there: it’s changing, and that’s part of the appeal why I’m open to coming back. But the pro wrestling I grew up in, in 2000, is a lot different than it is now. The culture, and what’s accepted, and the sh*t I had to navigate around not being liked by a lot of the people that were in positions of power, that took a toll. I’m very proud of where I’ve gotten and the things that I achieved without having to kind of sell-out to that and not really changing my moral compass.”

“So, my podcast really came out after the #SpeakingOut Movement happened, and my name kind of got thrown out there with the Christy Hemme incident and some other allegations that were thrown out there. And for me, it was kind of the straw to say, ‘alright. I always knew if I was ever going to let people in because I’m still kind of carrying kayfabe, and when I’m done, when I feel like I’m content, then I’ll open up and I’ll really let people in. I put the first two out, and it was really just telling my story of how I got into wrestling, the realities of the culture I was in, what was accepted and not, and what the expectations were.”

“After that incident in 2013, again, that on-air interaction between me and [Christy Hemme], I got classified as a sexual harasser. And that, for me, was really difficult. It turned me very dark and I really leaned into it. ‘If this is what you think of me and who I am, well then, I’ll give you that,’ because as we know as wrestlers, the most important thing is to listen to the reaction. I don’t care if it’s good or bad, so I leaned into the bad because it was easy. But that slow and steady rode me personally; it takes a toll.”

“So when those things came out, I had to go and talk to my boss at Bioxcellerator and go, ‘Hey, this is coming out but I got this under control. There’s no legitimacy to it.’ So, I thought it was kind of important to have my voice out there, my story, and now that I’ve done that, it’s out there. You can listen to it, you don’t have to listen to it. You can believe it, you can not believe it. I don’t really care, but now that I put that out there and it’s out there on the record, I can move forward. Now, I can have Sarah on there, we can do that podcast, have you [Ryback] come in, and we can talk about stuff that I really care about.”

“Again, right now in this world, to talk about a fake world of pro wrestling to help people forget about problems, that doesn’t really resonate with me. There are big problems we got to tackle, so I’m not really super interested in helping people forget about them. So, we’ll see. The word ‘retirement’ will never come out of any pro wrestler’s mouth if they have any common sense, because we don’t retire. So right now, I’m cool. I got other things I’m focused on. Yes, there are some places I’m keeping an eye on. Yes, there’s been some opportunities, and when the time is right, maybe I’ll take it.”

We’ll have to see what Austin Aries is up to next. He could still find that there are a few doors left in the pro wrestling business that aren’t completely locked for him. He has a lot of potential and the drive to do his own this. Hopefully, that motivation will pay off.