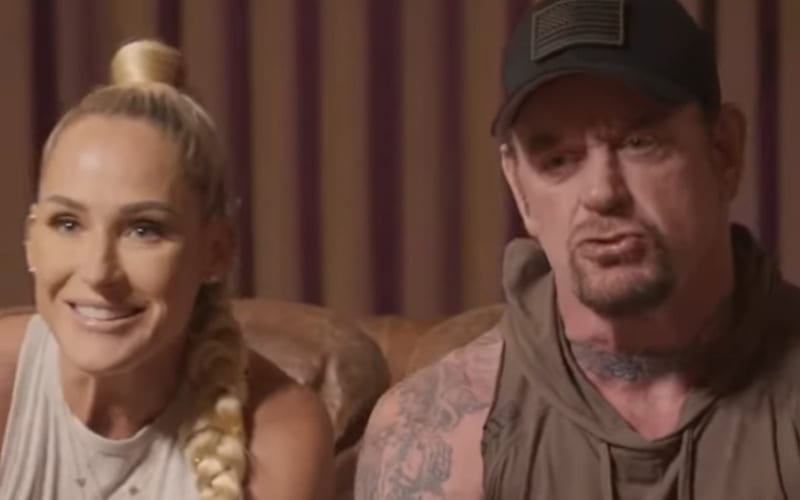 The Undertaker is doing a lot of things that some fans never thought that they would see him do. Not only is he on social media, but he’s also doing video game commercials with his family.

The Deadman, Michelle McCool, and their daughter were featured in the new WWE 2K Battlegrounds commercial. They were having a great time battling in the virtual world, but one fan called out a continuity error in the advertisement.

One fan tweeted out to The Undertaker over them not even having the wireless controllers on during the commercial. The Deadman replied back saying he was using “the power of the dark side… duh.”

We can understand the power of the dark side, but The Undertaker using the word “duh” really makes 2020 that much stranger.