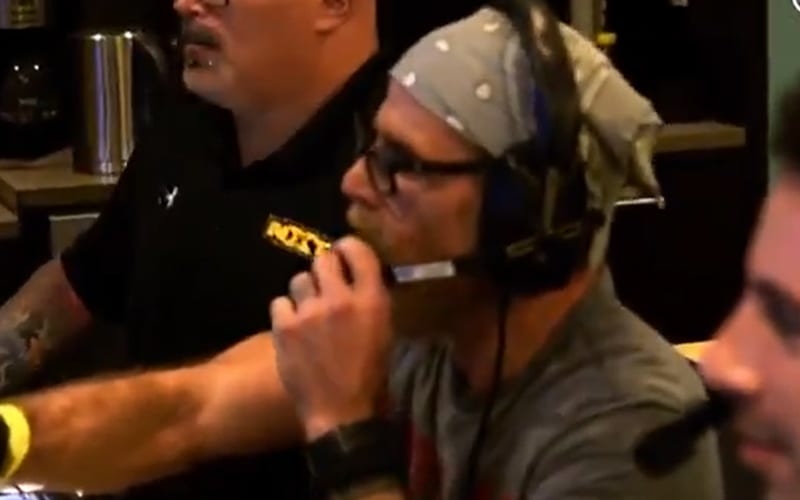 NXT UK returned, and fans now know what the United Kingdom division of the WWE roster has in store for fans during the pandemic. The new zero fan format in the BT Sport studios also afforded WWE with the opportunity to direct the match in a different way.

Shawn Michaels couldn’t be in the UK for the event. He was still able to call the action all the way from Orlando. as his voice blasted over loud speakers within the BT Sport studio.

WWE had cameras around as they usually do. They also captured Triple H and Stephanie McMahon as they sat at a separate control panel and gave Shawn Michaels some directions during the show.

Xia Brookside tweeted out the video which featured herself in an interview during the clip. The setup for NXT UK in the BT Sport studios was more than they imagined, and they were thrilled to get back into the squared circle once again.