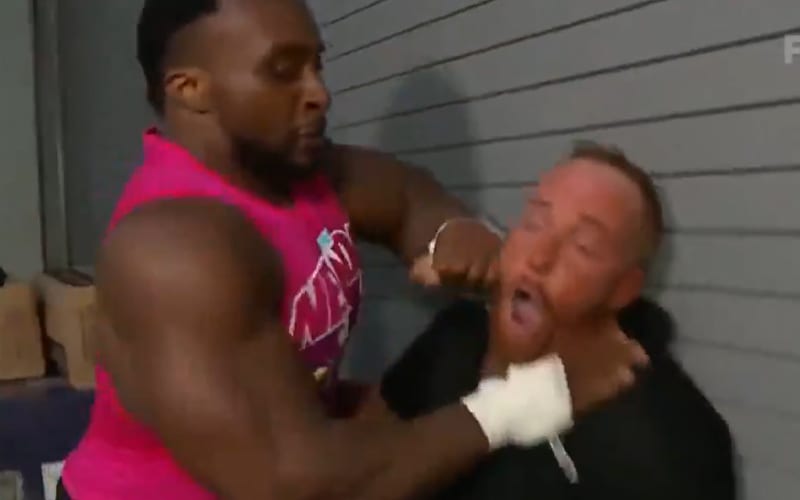 Big E was missing for a bit after an attack from Sheamus. Big E got even this week on a few different levels.

This week on SmackDown, Sheamus was lured out into the parking garage by the same security guard that he used to attack Big E a few weeks ago. Big E was there waiting for Sheamus and he ran the Celtic Warrior off.

E threw this guard against the gate. He laid in some really stiff punches. Then he put the guy down on a car. Finally, WWE officials swarmed them. Big E got this poor security guard named Larry into the trunk of the car.

Adam Pearce jumped in to save the day just as Big E was about to murder this security guard. Big E wasn’t happy, and he left shouting away.

This is certainly a new side for Big E. It looks like this could be hinting toward that Big E heel turn that so many have wanted to see. WWE had plans to turn him heel last year, but this is something totally different.