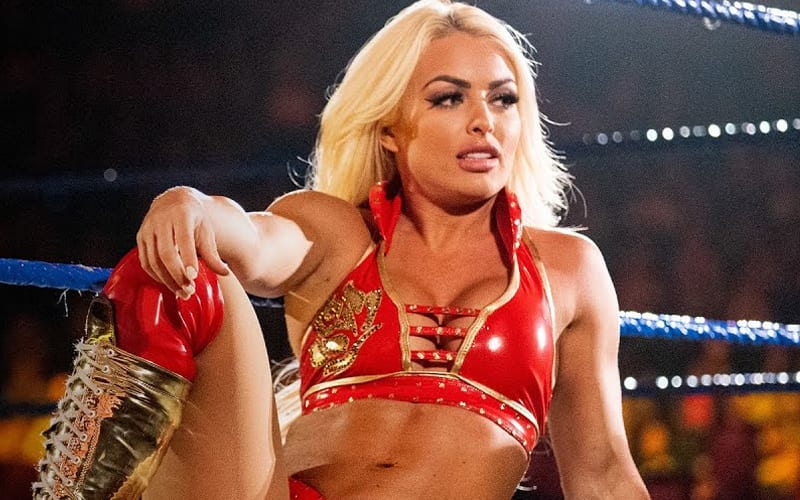 WWE surprised fans when they traded Mandy Rose to Raw, but they didn’t do anything with her this week. There is a reason for that.

Ringside News has learned that WWE really traded Mandy Rose to Raw. This was not part of an angle with Otis. You also never know what the future will hold because they made a point to not break them up on television. Right now the plan is for the two to remain on separate brands.

At this time there is no plan for Mandy Rose. They simply switched her to Raw. They needed roster depth on the red brand, but there is no place for the Golden Goddess to fit into yet.

There is also no indication who might be traded to SmackDown in exchange for Rose. They didn’t even use the “future consideration” line. A member of the creative with close knowledge of the situation explained that “Raw is a mess and this is just another example of the lack of leadership.”

WWE didn’t use Mandy Rose on Raw this week. They flashed a graphic to hype her red brand return, but she did not appear. This was despite Mandy Rose sending out a tease on her own social media to plug her return to the red brand.