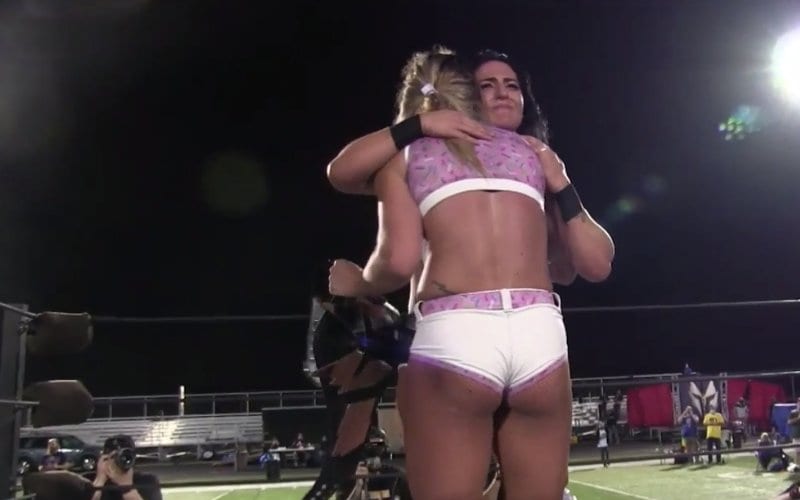 Tessa Blanchard hadn’t publicly wrestled since she decided to stay in Mexico due to the pandemic. She returned to the Warrior Wrestling event tonight, and she defended the promotion’s Women’s Title against Kylie Rae.

Blanchard dropped the title to Kylie Rae in the end. After the match, Blanchard and Kylie hugged before Rae celebrated.

It’s unclear what Tessa Blanchard’s future holds. When she was released from Impact Wrestling, WWE reportedly sent out feelers to gauge interest. That is the last we heard about that particular story for now. There could be more to come.

AEW might also have an interest in Tessa Blanchard. She did appear at All In, but she signed with Impact Wrestling prior to AEW becoming a reality. Now her options seem to be open once again.

Kylie Rae has performed quite consistently in recent months as she wrestles for Impact Wrestling. She was with AEW when the company opened their doors, but she requested her release which was granted.