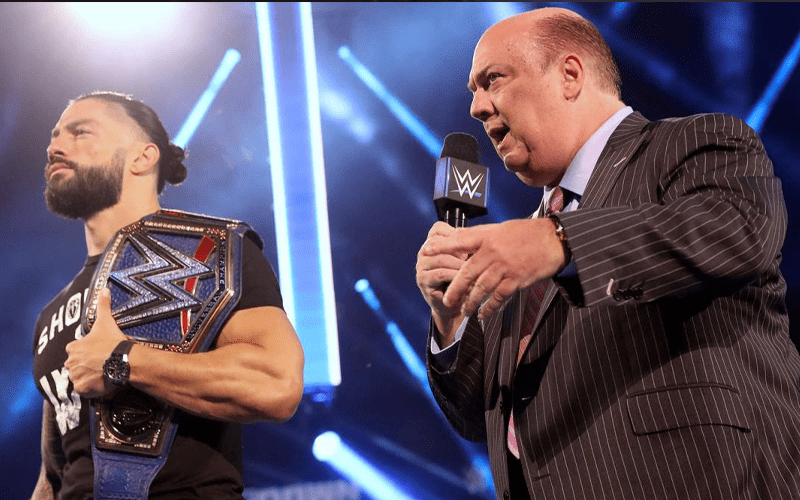 Paul Heyman re-appeared on WWE television alongside Roman Reigns. Their alliance made headlines, and they plan on making history in the process.

Ringside News exclusively reported that Vince McMahon trusts Paul Heyman, and that is why he is able to have such freedom. Things are on fire for Roman Reigns since his return, and Heyman’s promos consistently bring attention for the right reasons.

While speaking with Sports Illustrated, Paul Heyman said that performing with Roman Reigns gives him a chance to redefine himself even at the 33-year mark of his career.

“It’s an opportunity 33 years into my performing career to completely redefine, reimagine, and reinvent myself. I’m now the special counsel to the tribal chief, a role I’ve never played.”

“If you look at the backstory, it all makes sense. Since day one, I’ve pontificated the greatness of Roman Reigns.”

Paul Heyman has a significant hand in Roman Reigns’ creative storyline right now. This was the case with Brock Lesnar as well. He greatly influenced Ronda Rousey and Goldberg’s storylines as well. Heyman is not back in WWE as a creative mind in a creative role on the writing team, but he is out to redefine himself however he needs to accomplish that.