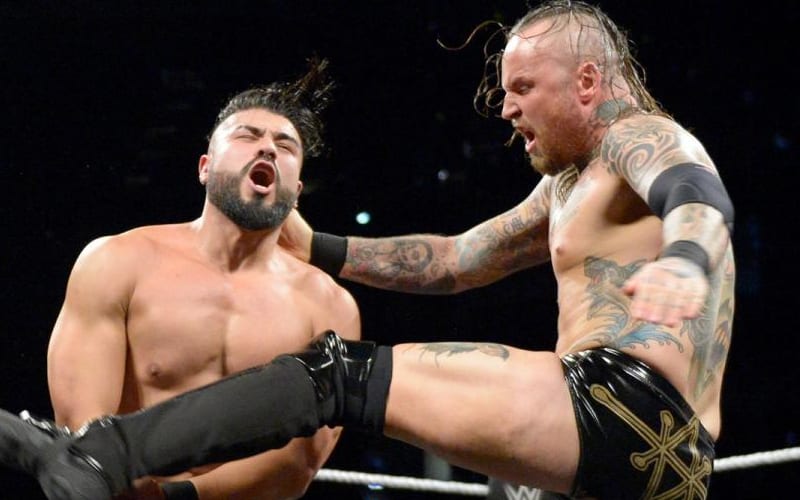 WWE made some big changes to the RAW roster this week. It appears that they split Zelina Vega off from her clients and now she’s on her own. This might not be a great thing fro Andrade.

During Wrestling Observer Radio, Dave Meltzer said that Aleister Black and Andrade are two guys he was told Vince McMahon might not push. They were big in Paul Heyman’s eyes, but that didn’t translate once Heyman was removed from the Executive Director role.

“Aleister Black and Andrade were the two guys I was told that were really going to be in trouble because Vince doesn’t see a lot in them as compared to what Heyman saw in them.”

The jury is still out on Aleister Black. It was noted that Zelina Vega’s apparent split from Angel Garza and Andrade could very likely push Andrade further down the card. We will have to see what happens for him next, but it might not be a great time for El Idolo right now.

Vince McMahon reportedly sees Angel Garza as the next Eddie Guerrero. It’s not likely that he will lose in a match against Andrade when that team finally implodes.