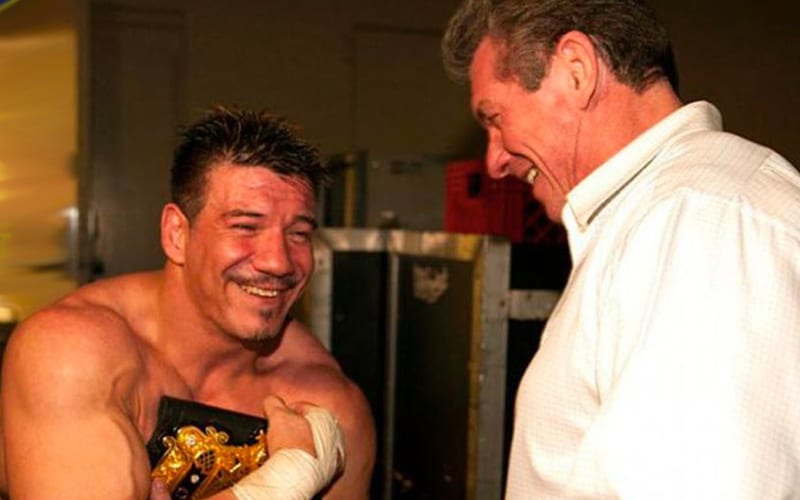 Eddie Guerrero passed away far too soon. The pro wrestling world still mourns his loss. Now Vince McMahon might have found a Superstar who he thinks can fill Latino Heat’s shoes.

Talk Sport reports that Vince McMahon is very high on Angel Garza. This would make sense seeing that WWE added Garza to the exclusive list of Superstars featured on the official RAW graphic.

The fact that Vince McMahon sees Angel Garza as the next Eddie Guerrero could also translate into a WWE Championship.

Angel Garza is the latest star to become a favorite of the WWE chairman and sources tell talkSPORT McMahon has even referred to him as ‘a young Eddie Guerrero’.

Garza was moved over to the main roster as a replacement. He was needed to fill the hole left when Andrade was suspended for 30 days after flunking a WWE Wellness Policy test. Now it looks like Garza caught Vince McMahon’s eye.

Andrade and Garza were squabbling this week on WWE RAW. Zelina Vega was forced to step in and calm things down. She demanded that they work together instead of fighting. We’ll have to see how long that union lasts before McMahon breaks Angel Garza out on his own.