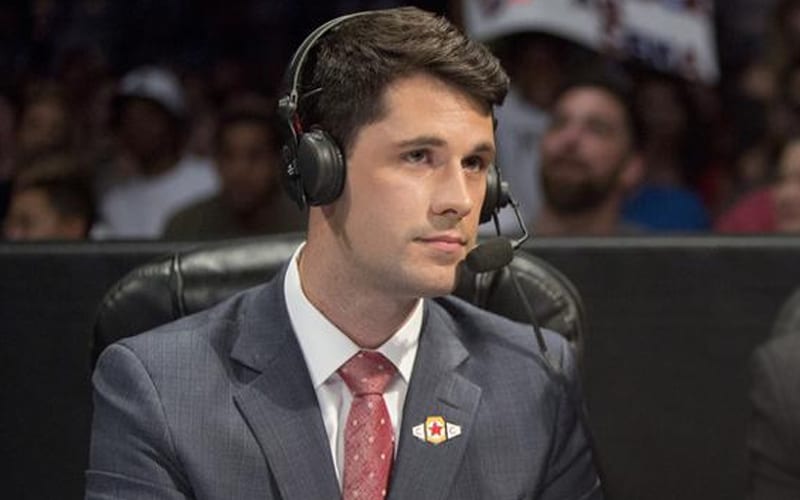 Tom Phillips and Samoa Joe were both missing from WWE RAW’s commentary team this week. It was explained that they had the week off. WWE found replacements for them, but it still wasn’t a great sign.

Dolph Ziggler was on the announce team for about the first hour of the show. Then he was replaced by MVP later on. It was pretty obvious that WWE was doing everything they could to keep a three-man announce team going.

During Wrestling Observer Radio it was noted that this is the second week in a row that Tom Phillips has been absent. That is not a good indication of things for him.

It’s unclear why Tom Phillips is out of action. It is is for a COVID-19 related reason the company is not going to share that information. We’ll have to wait and see if and when he comes back.