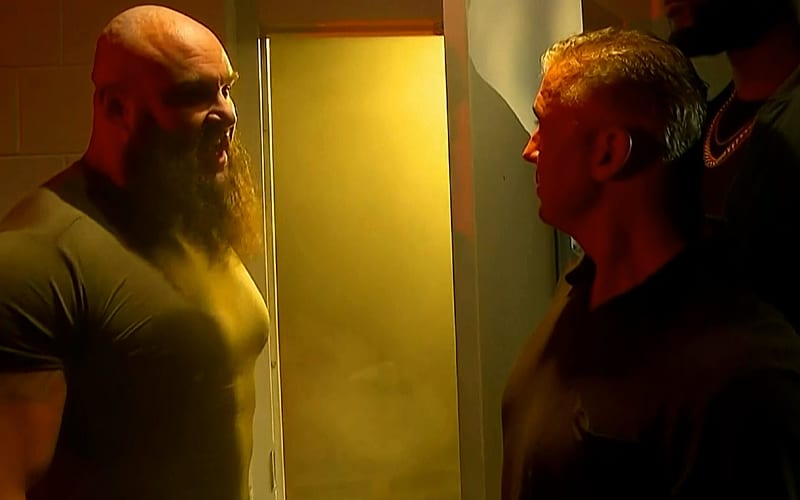 Braun Strowman hasn’t been seen in weeks. Fans definitely didn’t expect to see him on Raw next.

Click here for our complete coverage of WWE Raw for this week.

Shane McMahon was getting the Raw Underground doorman ready for this week’s segment. Then Braun Strowman showed up out of nowhere. He had gloves on his hands and he looked ready to fight.

Strowman is a former Universal Champion, and he’s still a SmackDown Superstar. Michael Cole made it clear when they went back on commentary that anyone can show up on Raw Underground. It appears that Raw Underground is officially a brand-free zone.

Braun Strowman is still on the SmackDown brand, but you’re not going to tell a ticked off Monster Among Men that he can’t do something his mind is set on.