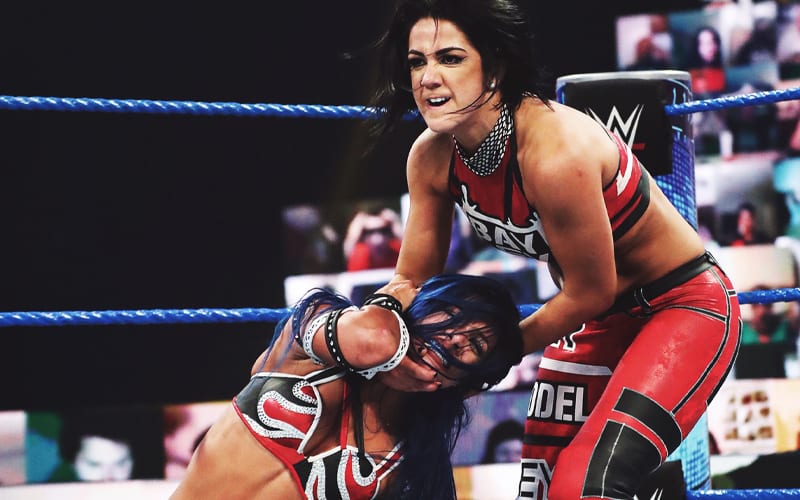 Bayley turned on Sasha Banks two weeks ago, and this week she verbally buried her former Golden Role Models partner. When will the two finally meet in the ring for a match?

We previously reported that WWE moved their Hell In A Cell pay-per-view from November 1st to October 25th. This will get one more guaranteed pay-per-view event out of the ThunderDome before their initial lease period ends.

It was noted on Wrestling Observer Radio that Sasha Banks and Bayley will likely have their match at Hell In A Cell. If their feud sees a match in the dreaded Hell In A Cell structure, then that could be very appropriate.

Bayley has Nikki Cross to deal with at Clash of Champions on September 27th. Sasha Banks is currently advertised for a SmackDown return next week as well, but it’s unclear what kind of shape she will be in to wrestle.

Banks and Bayley could feud for a while given how long they were allies this time around. It appears that they might be headed toward the Hell In A Cell pay-per-view to have their first big match against each other during this program.

Last year’s Hell In A Cell was capped off by Seth Rollins vs The Fiend in a match that was widely panned. Hopefully, WWE can do better this year.